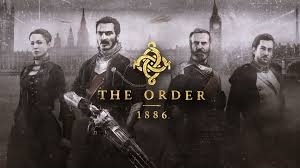 The Order: 1866 goes straight to number one, knocking Evolve off the top spot in the UK All Formats Charts.

It becomes Sony’s first number one since August 2014, when Naughty Dog’s The Last of Us: Remastered managed to notch first place.

According to Chart Track Call of Duty: Advanced Warfare manages a 3% rise in sales, which gives it a lift up to second. Last weeks’ chart-topper Evolve suffers a 66% drop, and a tumble to third place.

Far Cry 4 is given a boost thanks to retail promotions, rising three places up to fourth this week.

Grand Theft Auto V and FIFA 15 remain stable in the chart, with the games keeping a hold of fifth and sixth, respectively.

Both versions of Minecraft are riding high following a week of healthy increase in sales, with the Xbox Edition up one spot to seventh, with the PlayStation Edition is up two spots to ninth.

The Top 10 is rounded off this week by Destiny, which keeps a hold of 10th.

Elsewhere in the charts there are two new entries, with PC’s Total War: Attila in at 21st and Dead or Alive 5 Last Round on PS4 and Xbox One in at 27th.

Next week will see the physical release of Dying Light get a release. With the physical version coming later than the digital download, it will be interesting to see how the physical sales are affected.