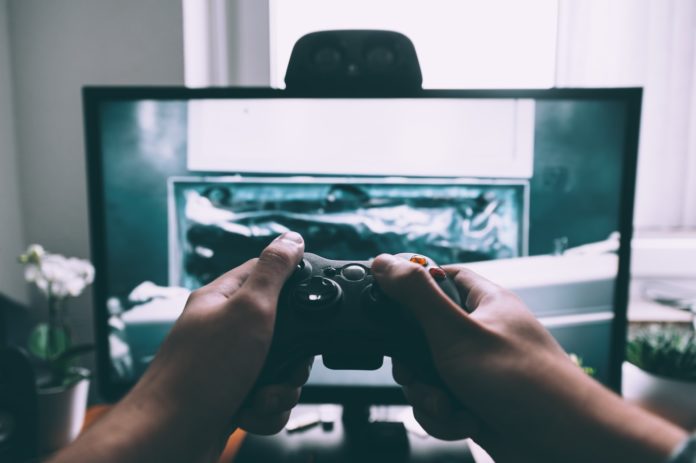 Greek mythology has fascinated the entire civilization up until this day – and continues to do so. All the myths and the stories from Ancient Greece, regarding the deities, heroes and mythological creatures, have inspired art and literature, but also moviemakers and video games developers.

Speaking of video games, the Greek mythology became one of the most popular themes. It is a world of countless amazing characters and adventures to choose from, and so are the games.

While it is hard to pick just a few games, here is a list of top 5 games based on the Greek mythology:

Developed and published by Ubisoft, the game is the eleventh major installment of the popular Assassin’s Creed series. It was released in 2018 for Microsoft Windows, PlayStation 4, Xbox One, and Nintendo Switch.

It is set between 431 and 422 BCE, and tells the story of the Peloponnesian War waged between the great cities of Athens and Sparta. The action role-playing game has a hero who fights mythological monsters.

The hero is also a mercenary – male or female –, a descendant of the Spartan king Leonidas I, who fights both sides of the conflict, in an attempt to unite the family. There is sea combat, you get to sail around the ancient world abord a ship, and you can customize the character.

The entire series God of War makes its way on the list, as the games were highly acclaimed.

It was first released in 2005, by SCE Santa Monica Studio, while the last release was in 2018. The series features many games, available on PlayStation. The first era of the game was about the Greek mythology, and then is a second short era about the Norse mythology.

Playing in the Ancient Greece, you can take the role of the Spartan Kratos, which made it to be the god of war. He has to serve the deities from Mount Olympus, by slaying mythical creatures like Hydra. Ares and Persephone are other characters which Kratos encounters in his quests and adventures.

The hero also faces gods and figures like Perseus, Theseus, or Medusa.

Released in 2015 for Microsoft Windows, PlayStation 4, OS X and Linux, Apotheon is an action platformer video game developed and published by Alientrap. It has an art style based on the Ancient Greek pottery.

Being played in 2D, the game has the visual style of the classical red-figure pottery, which distinguishes itself from the other similar video games. This offers a stylized unique approach.

The story is about the gods abandoning the humans to their doom. The main character, the young warrior Nikandreos, will gain powers to save the mankind, facing creatures and beings of myth. The game offers many places to explore and fight.

Provided by NetEnt, Divine Fortune is one of the most popular casino games. It was released in 2017, it has 20 betways, and an RTP of 96.59%. The game features three jackpots: Two static jackpots and one progressive Mega jackpot.

Throughout the game, you will encounter mythical creatures like Medusa, Minotaurus, and the Phoenix bird, in your quests through the Ancient Greece.

This is a real-time strategy video game developed by Ensemble Studios and published by Microsoft Game Studios, being released for the first time in 2002. The series had releases through the years up until 2016.

The players will enjoy mythology and legends from Ancient Greece, as they follow the Atlantean admiral Arkantos in his quest to hunt a cyclop who teams with Poseidon against Atlantis.

The game has a high variability and replayability. You can also build up resources in the area where you arrive, visit Troy, access the Titans, and much more.