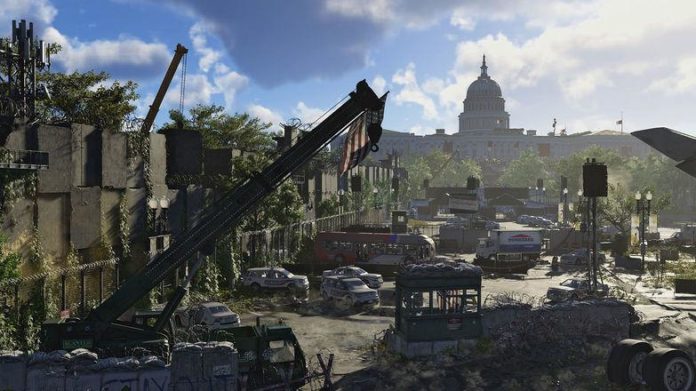 Tom Clancy’s Division 2, commonly referred to only as Division 2 by gamers, is an online action RPG game developed by Massive Entertainment and published by Ubisoft. The game was published in March 2019 and is the direct sequel to its predecessor, Tom Clancy’s The Division, which came out 2016. The setting of the game is a pandemic-riddled Washington DC set in a not so distant future. The premise follows a group of agents from the Strategic Homeland Division who are attempting to rebuild the city.

Division 2 is a third-person shooter which allows you to take control of your character within a team of four people. You essentially have to build your own character first by creating his or hers appearance and giving them gears and weapons for better performance. The gameplay essentially includes the group of people solving individual smaller missions in order to complete a certain, bigger campaign. The setting of the game is an open-world Washington DC during the aftermath of a smallpox pandemic. The plot follows the events which occurred in the previous games and picks up from there.

There are three basic types of gameplays that players can try:

Players are able to equip themselves with a variety of weapons and carry all sort of equipment to help them finish a campaign or simply win. Players can equip their characters with firearms such as assault rifles, sniper rifles and SMGs, while additionally carry explosives like grenades.

Weapons stats include seven different domains: Damage, Magazine Size, Round Per Minute, Accuracy, Reload Time, Stability and Damage Drop Off. Based on the given stats, weapons are classified into different tiers. The better the stats the more powerful the weapon. High-grade weapons are harder to obtain but when you manage to get a hold of them you will increase your stats and talents for better performance. Furthermore, weapons can be customized by adding various elements to them, like bigger barrels, larger magazines or iron sights, to improve their performance. Check this post for a detailed overview on how to develop your weapons.

Players also need to equip their characters with gear and armor which will improve their stats and health. Additionally, you can also improve upon your gear to make your character stronger. For instance, if your entire gear is of the same brand, you get a performance boost.

Players develop their character with each new missions and all upgrades that they find. Looting is a natural process of Division 2 and it helps you acquire the resources to develop your character and make it stronger for harder missions. When a player reaches Level 30 after finishing the game’s original campaign, the world will then be divided into World Tiers which serve as further chapters and thresholds allowing the players to develop their characters further. This greatly increases the game’s difficulty and players can access it based on their own score or level. In this part, levels will be replaced by Gear Score, which is calculated based and all the accumulated stats, weapons and equipment that the player has previously incurred. As you progress through Division more opportunities will open to you to develop your character. Some of them include Endgame, Deck of 52, Dark Zones and Expeditions.

The next chapter of the game is the Endgame. It continues the game by adding a new enemy faction, called the Black Tusk, as this group retakes all the points that you have previously conquered. There players can access new missions that are much harder than the previous ones. Liberating enough strongholds and having a sufficient Gear Score allows you to unlock the next Word Tier. Additionally, after reaching Endgame, players can further develop their characters by choosing new classes and specializing in them. There are three – the Sharpshooter, the Demolition, and the Survivalist. Each individual class comes with its own unique skills and weapons that you can further increase and develop.

Deck of 52 is an added mission that sends players on defeating a total of 52 bosses spread out across different campaigns. This campaigns is found within the Endgame part of the game and allows you to collect 52 different playing cards of the characters you killed. To collect all 52 collectible cards you have to kill all 52 bosses.

In order to develop their characters, players have the ability to enter Dark Zones. There are three different Dark Zones positioned on the map all with their own sets of enemies. In this situation, players are going to engage various rogue agents of higher difficulty. However, the reward for participating and finishing is very lucrative. Players who are able to compete here and finish will be reared by more loot and better items.

Expeditions are a relatively new addition to the game and it comes as a free update to the original game with three new episodes. The newly added missions are harder to solve and give players more opportunities to test their skills and show just how good they are. Expeditions are supposed to test players exploration skill, puzzle-solving ability, and combat awareness. Expeditions come with new and more difficult enemies and a higher set of rewards. Click here  if you want to find out more about Division 2 Expeditions and how to solve them.

Farming is a quicker process of getting enough loot to develop your player. A lot of players take advantage of many farming opportunities that the game provides and use it to their advantage. Many of them have their own farming strategies to help them advance further. The rewards are plentiful after you finish your runs and will make you really satisfied when realizing how quickly the development goes this way. If you are interested in some farming tactics you can find them on this page and learn more about it.

There are additional enemy groups which are not divided based on their style of attack or combat. These include the Ambushers, the Underground and the Raiders.

To summarize, Tom Clancy’s Davison 2 is a great game for fans of shooters. To attest to this clam, Division 2 became the best selling game the first week of its release. Game Informer gave it 9/10 and praised its thrilling combat and storyline. You know what you are getting with a Tom Clancy game and the narrative is always strong. This time the developers put a lot of emphasis on the fighting style and many people seem to agree that they have nailed it. Fans agree that Division 2 is a worthy successor of the first part and some say that it is even better.