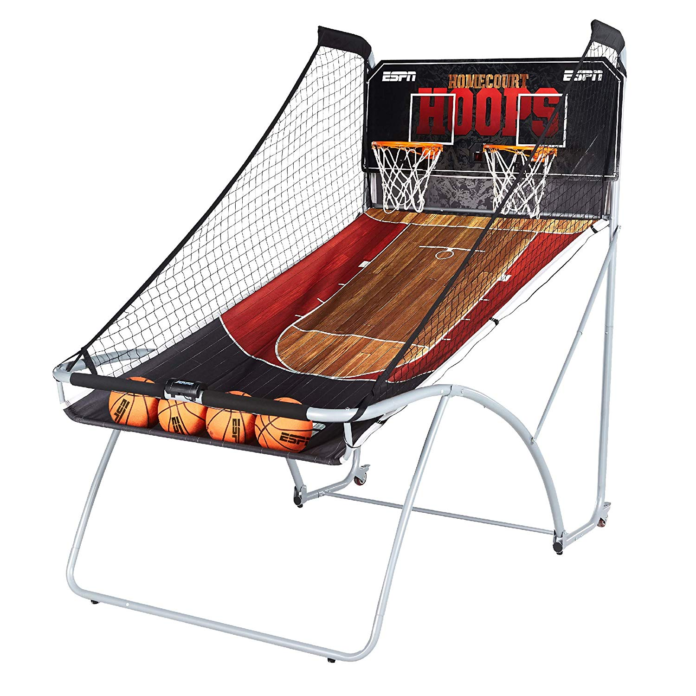 Almost every guy you know would sit on the couch on weekends, grab a bag of chips and watch their favorite teams on NBA. Sometimes they would even gather their buddies and watch a game together while cheering on their favorite players as if they could hear them. Perhaps, it’s hard to find a guy who doesn’t watch NBA. If you do, maybe it’s because they’re into another kind of sport other than basketball.

Still, basketball remains to be one of the most popular sports in the world. In some countries, it’s so popular that every nook and cranny has either a full court, half court or even just a plain basketball hoop.

Yes, folks, we’re talking about the Philippines—the capital of basketball hoops. It’s literally everywhere. A culture that has captured the attention of people from other countries. The National Geographic became so interested that it has even created a documentary film about it. Read more about that in this article.

People might think that it’s kind of weird to have such kind of hoop-mania. But wait until you tried playing this sport. It might easily become your obsession, too, if you’re not careful. Have you ever tried doing something so fun that you just can’t stop? Also, since it’s a game, the feeling you get whenever you win is a reward, whereas, losing motivates you to never stop trying. That’s exactly what basketball is. You’ll understand why many men can’t stop doing it in their leisure. 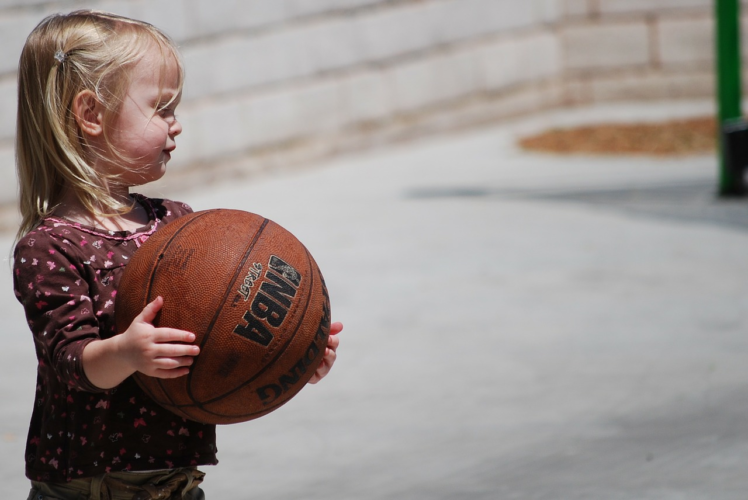 The Benefits of Basketball

Apparently, playing basketball comes with many health benefits. It’s a full-body workout that involves a lot of running, jumping, tossing, turning, reaching, dribbling and shooting. Really, it engages every muscle in the body, strengthens the cardiovascular system and boosts the immune system.

If you’ve eaten way too much desserts last night, good news: Basketball burns a huge number of calories. So, yes, folks, those desserts are worth the calories—you’ll burn them anyway. It doesn’t only get rid of unwanted fats but develops lean muscle mass and improves bone strength as well. Now, this is another valid reason why some people love basketball so much.

The long list of benefits doesn’t end there though. Because it’s a team sport, it also helps develop your social skills, motivating you to become more of a team-player than a person who prefers to do things his own way. Being in a team helps us to improve in cooperating and promoting unity with other people.

People playing this sport should be fast-thinkers as well. A wrong decision made in split-second could cause your team to lose points or lose the game altogether. Whereas, you could bring home the bacon with just a single right move at the last minute. Indeed, basketball doesn’t only enhance your motor abilities and social skills, it also improves your mental alertness and other facets of brain function. Learn more: https://www.stylecraze.com/articles/amazing-health-benefits-of-playing-basketball/#gref 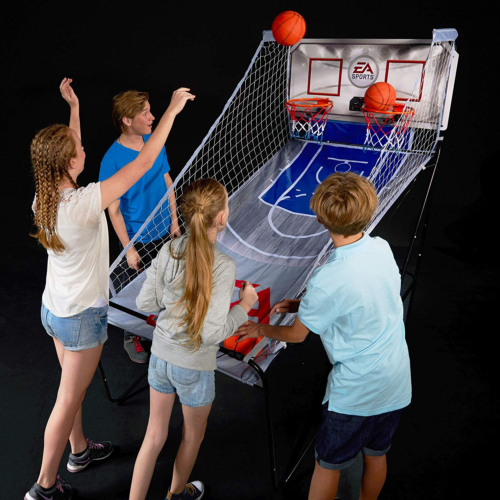 Make it a Family Hobby

Whether you’re a man or a woman, whatever your age, you’ll definitely find shooting baskets fun and exciting. No, you don’t have to start with a five-person team against another five-person team. It can be a three-on-three or even one-on-one. The choice if up to you. In fact, before you could actually enjoy playing on a full court with nine other people, you should try to study the rules first and practice the sport by yourself.

One way to start is to practice shooting baskets. You can install a ring at your backyard, go to a nearby sports gym and you know what other brilliant idea’s there? Bring a basketball arcade game at home for the whole family to enjoy! Some families have a designated room for fun games like billiards, table tennis, air hockey, table football and board games like chess. Yes, what you’re thinking is right—a basketball arcade game is a great addition to your family entertainment room.

This is a good option for those who have just started taking an active interest on the sport but don’t know its whole set of rules yet. It’s also a good alternative for some who like to challenge themselves to score as many points as they can in shooting baskets but don’t like to sweat it out in the hardcourt for a full game.

You should be glad—many options out there provide a real arcade-like experience, only that, you have it at the comfort of your home and for unlimited use! Check out some examples right here. How cool is that?

In real arcades, you don’t have this luxury. You need several tokens or coins to play the game. Plus, your time limit is indeed very limited if you have only one token to spend. Some machines would even require several tokens just for a single game! Time limit does spoil the fun.

But if you have one at home, you can shoot baskets whenever you feel like doing it and for how long. You can even do some sort of healthy competition with other family members by aiming to shoot the highest points.

Make it extra fun, challenging and exciting by imposing quirky rewards and punishments like a one-week immunity from the dishwashing department, cleaning everyone’s bedroom for two days, giving the winner a massage, doing everyone’s laundry for two weeks or the best part from a whole roasted chicken as an award for being the reigning MVP.

Those quirky punishments and rewards will particularly help if you’re training your children to shoot baskets as part of their preparation for the real game at school. This will enable the whole family to bond and enjoy each other’s company. Don’t forget to invite friends in your entertainment area from time to time, too.

Having a basketball arcade game at home is a great entertainment feature for the whole family. It is a fun way to practice shooting baskets and to keep track of your progress. It promotes family bonding. And oh, you’ll still get some health benefits even if it’s not a full game on the hardcourt. It can improve your hand-eye coordination and tone your arm muscles. Think of it as a chill version of the actual basketball.