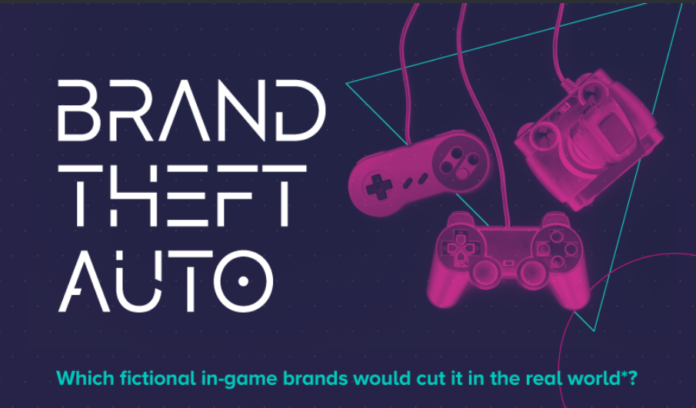 We all know the most successful brands in the real world : Apple, Amazon, Google, Uber, Netflix – we’ve all heard about it. But do you know any virtual brands? A virtual brand is a brand that was super successful in a video game. For example: Umbrella Corporation was a virtual brand created in the Resident Evil universe.

And like that, there were even more companies created for different games. Of course, most of these companies doesn’t exist in real life. These virtual brands were created because game developers cannot use real life brands in games, mostly because the fear of copyright infringements. The team of Betway eSports created an amazing infographic with a big variety of information about the most successful virtual brands.

For example, one of their classifications was the ‘ Most Valuable Fictional Brands’. The clear winner here is the well known Red Rocket from the Fallout series with an approximated net worth of $189 billion dollars. Red Rocket was a chain of filling & service stations for pre-war vehicles .

The second most valuable one was the well known ‘Umbrella Corporation’ – a company from the Resident Evil video game which were selling different kind of products. The Umbrella Corporation had a $131 Billion value, approximately.

The third one and my personal favorite is the well known weapon manufacturer company from Borderlands – Vladof. With a $124 Billion value, the company falls just a bit below Umbrella Corporation. The next two, are a copy of Coca Cola – called Power Cola and Nuka Cola – valued at $89 billion and respectively $73 billion.

Now, let’s try and see which are the most valuable video game franchises. The first one and the expected champion is Fallout. According to Betway, Fallout’s fictive brands have collectively a value of $357 billions. On the second spot, with a $131 Billion value for its in-game brands – there’s Resident Evil. The 3rd place is reserved by Borderlands with an impressive $124 billions. The 4th and 5th place are secured by the Two Crude Dudes game with $89 Billion and Doom with $68 Billion.

The study conducted by Betway also analyzed which type of businesses are the most successful in video game brands. The answer might not be so surprising: its restaurants. Because people always need to eat, that’s a necessity.

Another interesting question is ‘ Which in-game brand would employ the most people?’.The winner here is GTA with an impressive 426,610 virtual employees in its game. More details about the following places can be found in the table below:

For more information, you can read Betway’s infographic and check all these interesting facts they worked so hard to get.