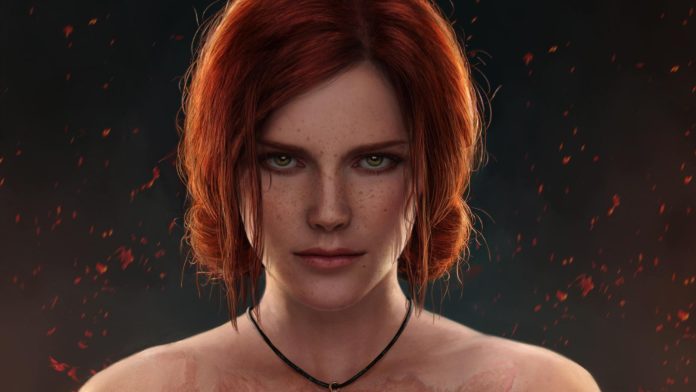 It is an undeniable fact that anyone who has ever played video games somewhat seriously, at a certain point had a crush on one or more girls from a video game. Our brains can only resist so much and convince us none of it is real only up to a certain point, where logic and reason get blurred and we suspend our disbelief in order to have more fun.

After all, many girls from video games are designed to be attractive so, when you have a whole team of people working towards making a girl perfect, in the end, it becomes hard to resist her charm, even if artificial. And charm is not the only thing these babes have going for them. Granted, many of them have interesting personalities, powerful skills and abilities, and even amazing voice actresses who strive to bring them to life, but the visual aspect takes precedence over everything else.

We have a whole world to thank for this. Powerful computers, fast internet speeds, processing power, and expensive graphic cards are all tools in the belt of creating programmers and designers who used them to create fictional characters so realistic you will start to question your own sanity.

Beautiful models, high-resolution textures, fluid motion, and lifelike behavior move the lines between fiction and reality. Video game girls are made with perfect proportions, adorable faces, boobs and butts many can only dream of and, almost by the rule, all wear sexy clothes, even when the outfit is naturally not meant to be.

So, when you have such a perfect woman who you get to interact with or even control and when you are constantly “forced” to visually appreciate her stunning appearance and listen to her witty and charming banter, it becomes hard not to develop a crush on her. Each and every one of us who knows what I’m talking about has a different set of ladies they can never stop looking at and every single one of us is right.

Beauty is in the eye of the beholder. Another thing video games have going for them is that these girls don’t even have to be human. There are alien chicks and monster girls just as sexy as human girls, which brings another dose of fantasy and layer of enjoyment to the whole thing.

Regarding the girls themselves, there is no point in making a list as it would be endless and it would vary from one person to another. A testimony to that are thousands of sex games which can be found all over the internet, featuring hundreds of different girls. However, I can mention some of the more notable characters. You must’ve heard of World of Warcraft and are probably familiar with Sylvanas Windrunner.

A hot elf-turned-undead warlord who never stopped looking like a femme fatale. Or Tyrande, a dashing, blue-skinned night elf babe. Then there is a young and innocent Jaina Proudmore who eventually matured into a strong and experienced leader and a true sex bomb. Mentioning some other titles, there is Mass Effect where you actually had the option to have sex with some of the characters and that, in turn, spawned endless amounts of adult parodies which can be found online. In Mass Effect, we have a ravishing, black-haired operative Miranda Lawson, whose looks were based on a popular actress Yvonne Strahovski.

Then there is a young and seductive Asari alien called Liara. Even bald and rebellious girl full of tattoos, Jack, was subject of many fantasies. Mortal Kombat franchise is filled with stunning girls and perfect, fit, athletic bodies. Sonya Blade, Kitana, Sindel, Jade, Skarlet come to mind. The Witcher III: Wild Hunt, had some of the most beautiful and most developed female characters ever.