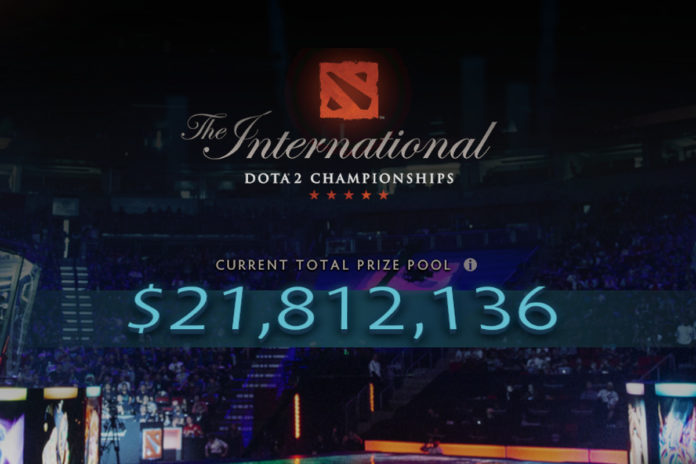 On 25 August, the main Dota 2 tournament ended up got over. The European team OG became the winner for the second year in a row, making two new records this way:

We offer you a little outline of the main highlights of The International 2019.

Main results of the group stage

As always, the tournament started from the group stage where the team has to fight with all participants from their group. Two groups with nine teams in each, where each last team from the groups left The International 2019.

The CIS teams frayed nerves of all fans

The team Natus Vincere started the tournament very well – two draws with opponents, surpassing them in the class, and after that wins over Virtus.pro and NiP. After the second game day the Ukrainian team took the second position in their group. Many fans had enough time to remember the previous royalty of “Born to Win”. But the further games dispelled all hopes about revival of the champion team. The next losses crossed out all the hopes of Natus Vincere to make it to the playoff bracket. In the end, the team took the seventh place in the group and moved to the losers’ bracket where they were going to fight with Mineski.

The Russian team Virtus.pro acted up at the beginning that many fans could not recognize their favourites. Three losses from Natus Vincere, Vici, and OG could killed the perspectives of the CIS team stone dead. But the ending of the group stage and the laboured victory over Fnatic let “bears” make it to the last position of the upper bracket. The final fourth place in their group and passing to PSG.LGD.

What were the European and Chinese teams doing?

China and Europe deserve the right to be considered the main Dota 2 regions. Therefore, many esports fans had big hopes watching teams from these regions. This year Europe has been represented by six teams. But the main favourites of the event were OG players. The current champions of The International even chose the heroes they were used to. The confident game during the group stage and lack of losses made the fans hope that they were main contenders to the title.

On the other hand, there were players of PSG.LGD who destroyed their group without failures. The Chinese team gained thirteen points in eight matches, making it to the upper bracket of the playoff. There they were waiting for the meeting with Virtus.pro, which did not infuse with hopes for the Russian Dota fans.

Hardly anybody expected Ninjas in Pyjamas to leave – team that hold the eighth position in the world rating. But rather harmless game of the team and absence of wins defined the destiny of the Europeans.

Chaos Esports Club also left the tournament directly. But here was no hop except for only some true fans of the team.

How were events developing in the playoff brackets?

At the very first playoff match of Virtus.pro were playing PSG.LGD. The confident victory of the Chinese by the score of 2:0 and the clouds over the Russian team. “Bears” moved to losers’ bracket where they had to play Royal Never Give Up.

Further there was a battle between Vici Gaming and TNC Predator, where everything happened in the way it had been expected before – the confident passing to the semifinal from the Chinese.

During the daytime of the same gaming day there were matches of the losers’ bracket where at BO1 many destinies of teams were fulfilled. The tiresome failure of Alliance by Royal Never Give Up, and also leaving of “Born to Win” – the main unsatisfactory results of the first gaming day.

The second day is remembered for leaving of Virtus.pro from Natus Vincere’s offenders – Royal Never Give Up. Boring game, demonstrated by “bears”, will be long remembered by all fans of the CIS stage.

We should also say something about the Chinese from PSG.LGD. Their confident game at the group stage and the same beginning at the upper bracket of the playoff gave hope to all fans of the team. But on their way, as it had been expected, they met the Europeans from OG. At the final of the upper bracket PSG.LGD lost 1:2 against their opponents and got to fight with Team Liquid.

Way to the grand final

The nomination “Main comeback of the tournament” was deserved by Team Liquid, that managed to make it from the losers’ bracket to the grand final. “Liquids” destroyed their bracket easily, meeting the only worthy opponent who was PSG.LGD.

OG also easily beat all their opponents on their way to the grand final. On 25 August, there was a great grand final between two main favorited of the whole event. Many fans were waiting for a beautiful game. In the end, all expectations of the fans came true. The game was full of events. But the final victory was gained by OG. WIn with the score 3:1, and the second win at The International in a row.