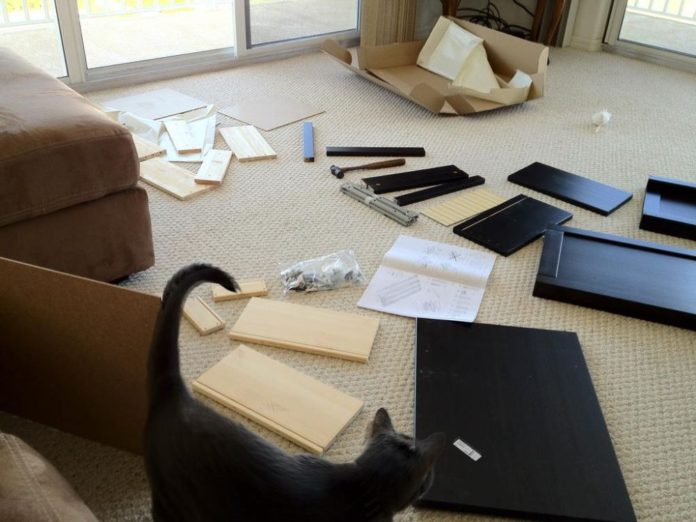 Anyone who shops for furniture at Ikea know that the most difficult part of the process is assembly. IKEA sells cheap and durable furniture, and there are incredible deals on their items when you visit here. However, it can also be extremely frustrating to spend an entire day consulting a wordless instruction manual, and not actually get anywhere. The IkeaBot is a project that was conceptualized by MIT’s Computer Science and Artificial Intelligence Laboratory and was demonstrated back in 2013.

Recently, the Control Robotics Intelligence (CRI) group at NTU in Singapore has built a new semi-autonomous system based on MIT’s original concept of the furniture-assembly robot. The team behind the project taught the robots how to insert pins and handle IKEA parts. Gradually, the robots learned how to assemble different types of IKEA furniture effectively. The robots were also able to automatically visualize a sequence from the instruction manual that typically comes with every piece of furniture purchased from IKEA.

Living in the Future

You might not have been aware of this when you rolled out of bed this morning, but we are now living in the future. Technology firms today are competing with each other to bring to life innovation and creations that are designed to make our life easier and our work go faster. Some of these developments can be as simple as websites that aggregate deals that are offering deals off your hotel stay when you click here, or they can be as complex and intricate as machine learning technology. The IkeaBot represents the pinnacle of human creativity and technological brilliance.

While many people may fear these inventions because they are worried about the loss of human jobs, they are actually designed to not only make people’s lives easier and their work more efficient. Although the IkeaBots are semi-autonomous, they are able to examine and learn from the furniture’s product file and learn the sequence of steps that are necessary in order to build it successfully. They still require a measure of human input in order for them to work seamlessly and do their work without any hiccups.

The IkeaBot is semi-autonomous. This means that although the steps are all automatically prepared and controlled, it required a significant engineering effort to hard-code their sequence. They still require natural-language interaction with a human supervisor, or learn the steps from the completed image of the specific furniture. Unlike the MIT model, this IkeaBot still requires human planning and input. They use basic heuristics to determine the next step in the assembly sequence.

Nevertheless, they are still a significant upgrade from trying to assemble the furniture on your own. In fact, the average assembly time for this amazing robots is 20 minutes – a feat that the average person can undoubtedly have some difficulty emulating. More importantly, they never get frustrated and leave the task alone so that they can have some time to cool off and regroup. It is a robot designed to considerably reduce the stress that people often associate with having to spend an inordinate amount of time assembling Ikea furniture.