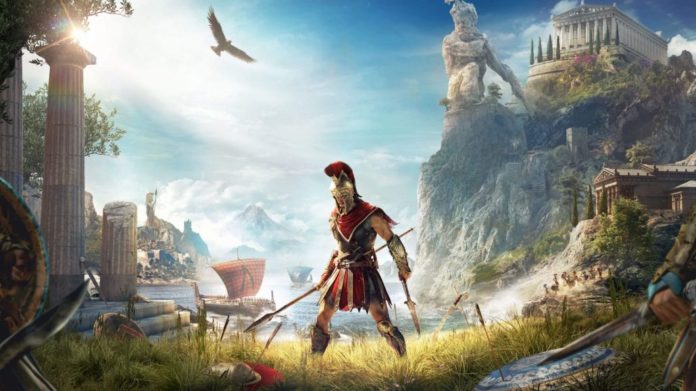 The processing power of computers is growing by the day. Compared to the computers we had in the 1970s and 1980s, the ones we have today can be called supercomputers. These advances in computer technology allowed us to get more out of our gaming consoles and home computers.

In the 70s and 80s, when arcade games and home gaming consoles started to gain popularity, the characters were usually represented as a bunch of coloured pixels with little to no details. More often than not, you had to use your imagination to give them the form that they were supposed to have.

Today, the situation is completely different. Popular gaming consoles such as PS4 or XBOX can render photorealistic images, which allows us to play video games with graphics that closely resemble real life. How did we get here? Check it out below.

In the 1970s, the coding process of creating a new game would require just a couple of people. The whole game could be made in a couple of months from start to finish. Perhaps the most complicated part of the process was envisioning the concept and designing the game.

Some classics from these early beginnings include titles such as Asteroids, Pong, or Indy 500. The games from this period usually involved some blocks on the screen that players had to control, trying to avoid or hit certain objects.

In the 80s, these blocks of pixels started becoming more detailed and more complex. Thanks to the advancements in graphics and processing that took place in that decade, players started to get a lot more visuals and more variety. A great example was Super Mario Bros created by Nintendo.

In the 90s, with the evolution of the Internet, video games collided with popular casino games, such as slot machines. Online casinos started emerging and offering video slots that looked very simple compared to what they look like today.

If we compare them to the games that NetEnt, Microgaming, Yggdrasil, and other popular companies make today, we can see how far this industry has come. Online casinos even allow gamblers to play bitcoin video slots that have amazingly realistic themes and graphics.

During this period, the graphics started evolving really fast, becoming better and better with each new game. The characters in the games were given more form and more shape and even some details which were unimaginable before. You could finally control your character and take it to explore new frontiers, drive spaceships, race in supercars, and shoot at enemies.

Some great examples from this period are the early editions of games such as Counter-Strike, Grand Theft Auto, or Call of Duty. Compared to their successors today, these early versions look outdated and boring. However, at the time, it was hard to believe that something like that was even possible.

When Quake was released in 1996, people quickly became addicted and obsessed with this new game. It was especially popular because it had a multiplayer mode, so multiple players could fight against each other on computers that were connected via LAN. That was the first title to have real-time 3D rendering using OpenGL.

Where Are We Today?

Graphics continue to evolve and will probably never stop. There are always new frontiers to be explored in terms of computer technology and new challenges to be overcome. Thanks to better CPUs and graphics cards, as well as more RAM and ROM memory, we can now play games that are hard to distinguish from reality.

Today, developers are even able to create cutscenes in the game without filming them or rendering them beforehand. Thanks to this, loading screens will become a thing of the past and the software itself will be able to make a realistic gaming environment in real time.

Gaming Graphics of the Future

In the future, sitting in front of a computer and controlling your character with a keyboard, a mouse, or a joystick might become obsolete. It is expected that more and more money, brains, and effort will be invested in VR and AR games, both of which are already very popular today.

Will we be able to know when we are in the game and when we’re just ‘playing the real life’? We have to wait and see, but we probably won’t need to wait long.