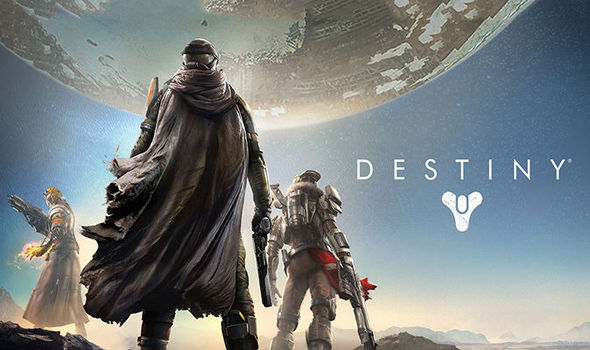 Ever since it’s high profile release in 2014, the Destiny franchise certainly hasn’t been short of it’s ups and downs but after the split between Bungie and Activision last year and the clear struggle Bungie has had since, is it finally about to die?

When Destiny 1 released on September 9th 2014 it was met with a very mediocre reception, receiving a 75 on Metacritic for Xbox One and a 5.5 average user score which was definitely not expected given the hype surrounding it’s release and would’ve most likely come as a shock to Bungie as well.

Throughout the following three years leading up to the release of Destiny 2 the game had periods of huge success. Beginning with the Vault of Glass raid which ultimately saved the game after it’s lacklustre introduction and most notably the Taken King expansion featuring the King’s Fall raid which had millions of players trying to beat it every day to unlock the best loot in the game. The Taken King brought a whole package of other new content too including the Dreadnaught patrol zone, a huge ship belonging to Oryx (the Taken King himself) and so much more that kept players engaged for nearly a whole year. This was when absolutely the pinnacle of Destiny 1.

However, whilst the game enjoyed it’s mostly unrivalled high points it definitely suffered from long periods of stagnation where the content pushed out by Bungie and Activision didn’t last as long as intended, leading to significant player drop off across the board. Despite some questionable decisions regarding the ever-changing sandbox, the main issues in Destiny 1 seemed to be in the content side of things and thus were mostly solvable with good marketing & wholesome new content which brought most of the players back.

Fast forward almost six years and it’s looking more and more likely that the underlying issues Destiny 2 has are not as easily solved and are becoming increasingly prominent. The fanbase is absolutely at it’s most loyal at the moment with online streamers on Twitch and Mixer broadcasting to thousands every day, the community coming together to solve puzzles and the (as of the time of writing) future release of Trials. However concerns are growing that the game has been stagnating for a while in a similar fashion to Destiny 1 and not a huge amount is being done about it.

Bungie at the beginning of Destiny 2’s second year announced a new way for content to be rolled out. Rather than having a huge expansion every year with almost everything accessible to players from the get-go, they decided to opt for seasonal releases every three months and drip feed content. This in theory would keep players motivated and playing the game due to the constant drops of new activities etc. I’m currently a part of an active clan on Destiny 2 comprised of close to a hundred dedicated players and the general consensus amongst them (although the matter is purely subjective of course) is that whilst there is always new things being released they don’t feel anywhere near as wholesome. And we’re having to wait for quests to develop and to be able to see what’s next which brings about frustrations when the resulting mission or loot drop from said quest is disappointing.

The seemingly obvious answer to the above problem is to just not make the reward disappointing, which leads into the split between Activision and Bungie in January of 2019. Activision has always been perceived as a publisher (in the eyes of many a gamer) that “only cares about the money” due to the introduction of loot boxes in each iteration of Call of Duty and the infamous Eververse (a marketplace in the game where players can spend real money for items) in Destiny, to say they aren’t the most popular publisher in the industry would be putting it lightly. And so, the split was initially received positively. A split that would see Bungie gain control over their own game again but as time has gone on, Eververse has become more prominent than it ever has before.

The reason for this is that Bungie simply doesn’t have the financial backing that it once had from Activision, so they need the money generated by Eververse to fund future content releases. This has seen the best looking gear in the game locked behind a £4.99 price point and a lot of the seasonal gear placed within Eververse to force players into parting with real money if they want their guardian to look the part. There is still gear to be unlocked through raids etc. but it doesn’t appear to be as flashy as it once was. Raid loot used to be the best and most unique looking gear in the game and had players wanting to play the game religiously in order to finally get it.

The split from Activision also caused Bungie to lose the support of other developers under the Activision umbrella such as Vicarious Visions who have helped them and lightened the load on previous seasons. The team isn’t the size it once was at Bungie and this is seemingly having an impact on the amount of content that they can push out consistently and the quality of the content they are pushing out, leading to disappointing end points to quests and storylines not being rounded out. Most recently the Corridors of Time quest, which had the community figuring out an extremely complex puzzle over several days building excitement that the famous Gjallarhorn or Vex Mythoclast from Destiny 1 were returning, only to give us early access to a weapon that was already on the content roadmap that we would’ve received regardless.

So where can Bungie go now?

Frustrations with the drip feeding of underwhelming content are building, players are losing interest in the game and Bungie simply doesn’t have the resources they once had to release as much high quality content in one go that they once did to bring large amounts of players back so it’s vital that they play their cards right from this point on, and fast. A good start, in my opinion under the current model of content releases would be to continue the main storyline and make it engaging and rewarding as I don’t feel that expanding the universe with more and more different arcs is gripping players as much, and overwhelming new players. I don’t know enough about the inner workings at Bungie to suggest that large content releases in the current landscape are impossible, but I’d personally prefer them to return to that route and bring back some real fan favourite content in the way of weapons, strikes or raids.

Destiny is by no means dead yet, but Bungie need to change their approach and restore some faith in the playerbase quickly if they want to remain at the top of the game.

This post was wrote by Mitchell Cook.
Mitchell Cook is a 25 year old, post graduate graphic designer currently enrolled on a social media management course.
This is a part of his content writing module within the course. He has a huge passion for gaming and has had since a young age.
Keep an eye on @MITXH_ on Twitter for developments as far as his future media work is concerned, plenty coming this year.
Mitchell Cook, 25
Leek, Staffordshire UK
Info@mitchcook.co.uk