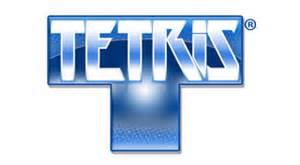 Ubisoft has announced a new partnership with The Tetris Company that will see the classic puzzle game makes its way to the PS4 and Xbox One.

Tetris, which was originally created by Soviet Union programmer Alexey Pajitnov, has an excess of 170 million copies sold and is easily considered to be one of the greatest games of all time. 2014 marks the 30th anniversary for the title.

How Tertis will play and look like on next-gen systems wasn’t detailed, but Ubisoft CEO and co-founder Yves Guillemot promised it will take full advantage of the new technology. He also shared his excitement towards this new partnership.

“We’re very excited to start working with this world-renowned brand, and can’t wait to combine Ubisoft’s expertise and all the capacities of next-gen consoles to create an exciting new Tetris experience for fans,” Guillemot said.

Tetris has made its way across 50 different platforms, with several different publishers and developers handling the slight remakes. Just recently, EA published a version of the game for the Playstation 3 and mobile devices.