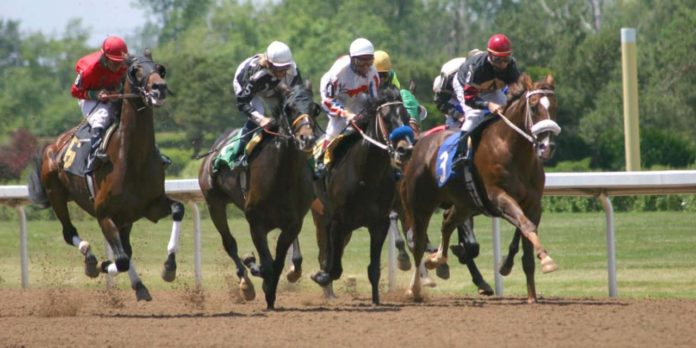 According to statistics, on a per capita basis, Australia is one of the strongest horse racing nations. It also proves just how popular thoroughbred horse racing is here. Much of the country’s horse racing takes place in the three eastern states of Queensland, New South Wales and Victoria, but horse racing is popular nation-wide.

Let’s take a peek at some interesting facts and statistics surrounding the Aussie horse racing industry.

It’s no mystery that there’s a lot of money in Australian horse racing, and it doesn’t all come from the punters. It’s big business which also attracts big sponsorships and people with money to spend.

Some $600+ million dollars is paid to state governments each year from revenue raised through horse racing, and on top of state taxes, more than half a billion dollars is also paid in federal taxes annually.

There are more than 100,000 racehorses owners who invest in the Australian thoroughbred racing industry, and more than a billion dollars is invested each year by owners, trainers and the breeders.

Australia Leads the World In the Number of Racehorses

With 371 major Australian racing clubs, Australia actually has the largest population of racehorses out of any country on Earth. As far as actual racehorse starters go, we are second only to the United States. Australia has more than 184,000 race starters each year, which is a lot when you consider how small our nation’s population is.

With such a glut of quality racehorses, it’s little wonder that people from 22 countries come to Australia to buy horses to take back home with them.

Other nations produce magnificent horses for purposes like equestrian events or workhorses, but Australia has some of the very best breeding stock on the globe when it comes to fast and reliable racehorses.

Australians think the annual running of the Melbourne Cup is popular locally, and it is, but the event also attracts a global viewing audience of 700+ million people, which is a mind blowing number tuning in to watch a single 4 minute horse race.

It may not be Australia’s richest horse race as far as prize money goes (that title belongs to The Everest), but it’s definitely the most popular here, and our most illustrious race for overseas viewers. It’s little wonder the Melbourne Cup odds can get so skewed then, with this many people showing an interest and betting on the outcome.

Aussies Love Going To the Races

While the big races like the Melbourne Cup, the Caulfield Cup, The Everest and others always attract packed houses on race day, Aussies as a whole love getting trackside any time racing is taking place. All the racecourses in Australia combined attract a total annual crowd in excess of 4.5 million excited (and often inebriated) fans.

With race tracks being so popular and there being so much money in the industry, this brings us onto the next point.

Around 80% of horse racing jobs are centred in the three states mentioned earlier – Victoria, New South Wales and Queensland. Which makes sense, as most of the racing takes place in these areas.

Australia-wide, roughly 230,000 people work in the scene in some sort of capacity, either fulltime, part-time or as volunteers. It’s estimated close to 50,000 people are fulltime employed in the national racing industry.

When you add up how many people are employed in the industry and how many breeders, owners and trainers are also involved, that adds up to some pretty serious numbers.

Thoroughbred horse racing in this country definitely boosts the economy and jobs market in a number of major ways.

Many retired racehorses go off to stud farms for breeding after their racing days are over. Some racehorses are very sought after in the equestrian industry, due to their inherent athleticism. Still other retired horses will go on the be horses employed for pleasure riding, or even as polo horses.

Racing around the track is not the only career a racehorse can have. There is life after racing.