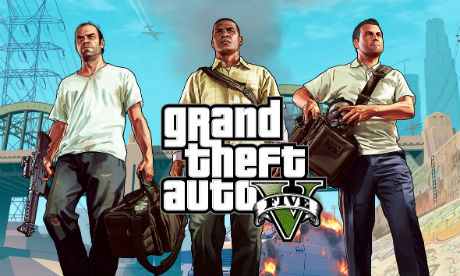 Rockstar games have issued a warning for Xbox 360 users not to install the “play” disc of Grand Theft Auto V. GTAV, Rockstar’s latest epic, comes in two discs for the Xbox 360 version. One is labeled as “install”, the other as “play.” The “install” disc is a mandatory 8gb installation while the “play” disc is optional. Installing it will negatively impact the game; causing serious performance issues.

Rockstar Support twitter have issued a statement:  “For optimal performance, we recommend not installing that disc. We will have more info on our Support Site at launch.”

So until Rockstar will issue further information regarding this problem, it is strongly advised not to touch the “player” disc.

In other news Robert W. Baird analyst Colin Sebastian claims that GTAV will net in over $1 billion sales during it’s first month.

“Given the significantly higher installed base of relevant console platforms at launch, greater sales concentration among the top video game franchises, and unprecedented pentup demand, we expect GTAV to outpace GTAIV sales, and generate roughly $1 billion in retail sales during the first month,” Sebastian stated in a note to investors earlier today.

GTAIV shipped 3.6 million units on launch day alone back in April of 2008.  The game ended the month with over 11 million units shipped, raking in nearly $900 million.

Just a couple of more hours left to go.