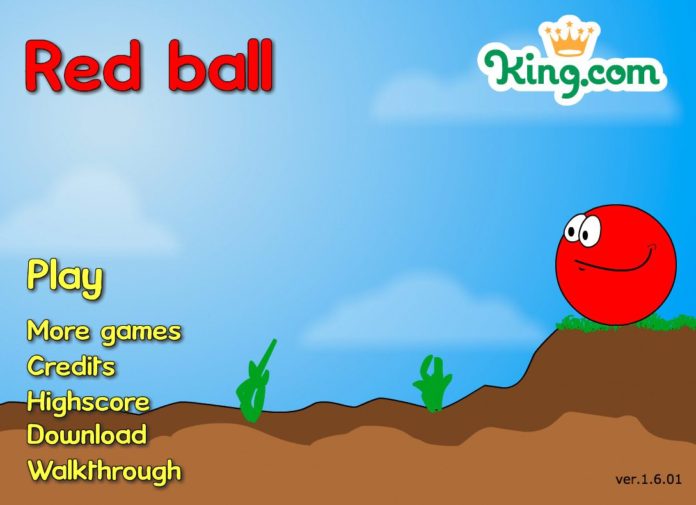 Video games are getting a bit complex, aren’t they? Massive 50-plus hour epics like The Witcher 3, Middle-Earth: Shadow of Mordor and The Legend of Zelda: Breath of the Wild demand a huge amount of your time and require you to get invested in their huge, interconnected worlds to enjoy them. If you’re anything like us, you’re crying out for a bit of simplicity; something easy to wrap your head around, but hard to truly master.

If you are, then your prayers have been answered by Red Ball, a small but perfectly-formed Flash game. “What’s this Red Ball game all about?”, we hear you cry. Red Ball is a physics-based puzzle platformer in which the titular red ball must find its way through a series of increasingly difficult and elaborate challenges. It’s a refreshingly light, simple experience; there’s no level-up system, no perks to unlock and no lengthy cutscenes between levels (although that last one might be kinda fun).

Red Ball absolutely belongs to the “keep it simple” school of game design, and we’re eternally grateful for that. This philosophy seems to be in effect everywhere in Red Ball, from its visual design to its core gameplay mechanics. In Red Ball, there are two buttons: move and jump. Well, technically, there are three, since players can move left and right as well as jumping, but you get what we mean. We’re big fans of simple control schemes; we remember games like the PlayStation 2’s The Matrix: Path of Neo, which utilised every button on that console’s controller and made us tear our hair out trying to figure out how to control the darn thing.

No, Red Ball is a world away from that level of complexity in terms of its controls and accessibility. The game doesn’t over-tutorialise, either. Players are dropped into the first level with some unobtrusive text instructions explaining the controls, and that’s about all you get. Certain slightly more advanced mechanics are sort of explained by tutorials later on, but for the most part the player is encouraged to organically explore their environment and work out Red Ball’s interconnected mechanics for themselves.

Of course, since Red Ball is a Flash game, a “jump straight in” philosophy is to be expected; many people will be playing this on their lunch break between stressful work periods, so it needs to be accessible. That said, don’t confuse an easy entry point with low difficulty overall. Red Ball is a tricky beast, and no mistake. Early on, you won’t have much trouble with simple jumps and physics pivot points, but as the complexity of the game’s puzzles ramps up, you’ll need to be on the ball (heh) to keep up with it. Some levels are truly impressive in their imagination and scope, including one which sees players riding a train and avoiding hazards to move through the train’s cars.

Every possible permutation and combination of Red Ball’s mechanics is explored in the game’s level design, which is gratifying. The game’s a relatively short ride, consisting of only 17 levels, but later stages have many “moving parts”, so to speak, so they feel much longer. Each new stage confronts the player with a seemingly impossible challenge, then tasks them with working out a suitable solution for themselves. Usually, there is only one viable solution for puzzles, but the game won’t punish or chastise you for experimentation; working out a puzzle solution that isn’t quite what the developer intended is as much of a delight in Red Ball as it always is in these games. 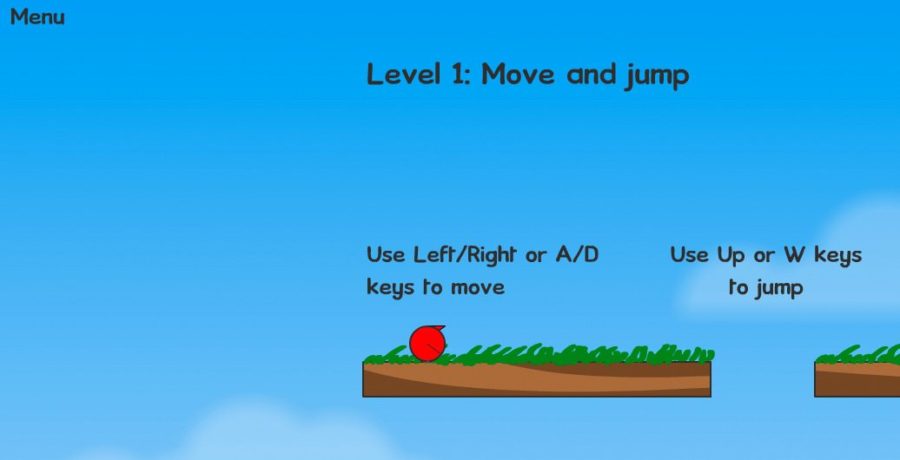 There’s also an impish sense of devious humour to the game that reminds us of something like infamous troll platformer Cat Mario. If that name inspires horror in you, then don’t worry: Red Ball is nothing like as difficult or just plain awful as Cat Mario was. That said, there are moments where the game gently teases the player for making a mistake, or softly goads them into doing so. One early stage presents a platform which simply has a “=)” emoji hanging over it, and since this marking hasn’t appeared anywhere else in the game, there doesn’t seem to be an obvious reason to fear it (hint: fear it). The visual design isn’t a million miles off Cat Mario, either, all geometric shapes and block colours.

All the constituent elements of Red Ball come together to create an experience as immediate as it is absorbing. Red Ball may not be the most complicated game in the world to master, and it certainly won’t eat up your time like Breath of the Wild or Super Mario Odyssey, but in this case that’s absolutely a strength and not a weakness. It has its minor foibles; the sound design isn’t amazing (there’s one music track, and you can bet you’ll be hearing it a lot) and some of the puzzles could do with a bit of fine-tuning. What’s on offer, though, is an engaging, rewarding and just plain fun physics platformer that’s a wonderful antidote to the huge colossi we mentioned earlier. Give us one more try!