The Mortal Kombat has grown to be massive now than when it made a blood wrenching debut back in ’90s. Since then I’m hearing all the amazing things about it. Despite all its popularity, I couldn’t get to experience the 2011’s Mortal Kombat and its sequel. But I haven’t heard anything but awesomeness about it. Well, I couldn’t get to experience 2011’s sequel but thankfully I received a review copy of Mortal Kombat 11. I‘ve got to experience how the series has evolved since its inception. After spending about three weeks on it, I can say without any doubt that it is the best fighting game I have ever played. The graphics, action and game plot is just mind-blowing. It totally hooks you up and makes you explore further and further.

Mortal kombat 11 like its previous installments, contain a great mix of mystery, magic, sci-fi and mysticism. As I couldn’t get to experience the last two editions, I didn’t really know what was going on. The story got me completely lost in its twists and turns. But despite all of this I enjoyed the cinematic effects and the narrative of the game. I’m still dubious about the particulars of the game but the exciting story still didn’t allow me to move an inch from beginning till the end.

Trust me when I say this, the game provides the best fighting game controls amongst all the games. I was completely amazed at how smoothly I chained combos. I found a few controls quite stiff in the beta version, but the final version has them all improved. I noticed a few incongruities, first I thought there is something wrong with the game but then I noticed it’s just the internet. So if you want to enjoy the Mortal Kombat at its best, get yourself a reliable internet connection with stable ping. If you’re not satisfied with your current internet connection, then click here to find yourself the best ISP in your area.

Violence at its top:

As the name suggests the game contains an insane level of violence. It is by far the most dreadful game I’ve played in years. Every attack, be it a punch, slash, stab or kick, oozes out such a profuse amount of blood. Gory! There are several blows which are accentuated to fatal blows. Such blows are mostly used when the player has received a great many wounds and want to turn the wheel of the battle around. You should really hear this: the fatal blows don’t kill the other player (on the receiving end) if he has still sufficient health to stay put but they do manage to hurt them severely. I still haven’t understood how they can manage to survive such moves, but, hey, this is what gaming is actually about (fictional)!

Superb graphics of the game has made all these fictional fights look quite real. The broken bones ruptured organs and elaborated blood trails are so masterfully defined in graphics that we can barely find any loophole. I cannot think of any single scene which isn’t magnificent in itself. The best thing about the graphics is that they are not natural at all yet they present the gore in the most natural way. This particular factor allows Mortal Kombat to stand out from other such games.

If you’ve played the previous versions of the game, you must have known that players can conduct fights in the Klassic Towers. And you exactly know what happens after completing that series of fights on the tower. After completing Klassic Tower fights with different characters, you can view the individual ending of every character. To be honest, some are actually pretty silly. For example, the way they are able to travel through time and possess the ability to alter the past. I found that really disappointing. Even the pictorial narration of the ending was a bit off. However, the game contains a wide range of characters, some have a good ending to it, and some don’t. We surely can slide it out of the door because, overall, it is worth every bit of the time you’ve spent on it.

Amongst the Towers, Tower of Times is quite interesting. Every level of the game contains different modifiers or combination of several modifiers. A player may have to fight several of the foes at once while avoiding missiles. The game provides them with the option of purchasing modifiers which help in keeping balance. I won’t spoil the challenges you’d come across on Tower of Times so keep on reading. You will certainly enjoy these insane challenges.

The exploration of Krypt:

The Krypt- it’s an escape from the rest of the game because you’re controlling a particular character of the third person. The core purpose of Krypt is to probe the dungeons and unlock the hidden treasures within. The coolest thing about Krypt is that it’s like a puzzle you have to solve in order to advance to next levels.

If you are fed up of lynching out your AI opponent, you can also conduct fights locally as well as online. I personally prefer local fights. Why? Because the opponent is actually in the same space as you; it gives a strong sense of competition. The online matches are also stable but require a high-speed internet with a stable ping to keep the motion all synchronized. 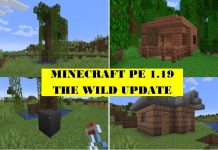