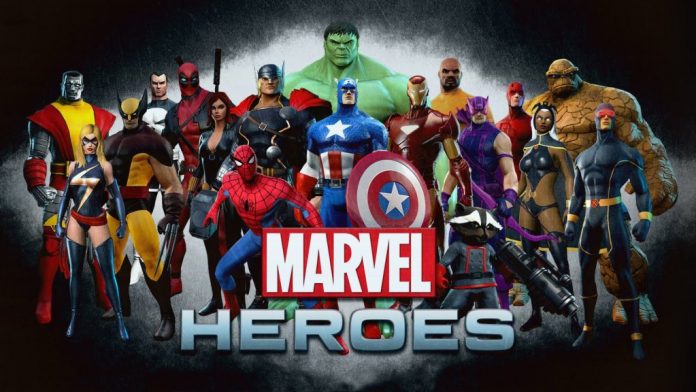 LEGO Marvel’s Avengers has finally come out and it’s as fun as you might expect, which is very. However, as fun as it may be, the game doesn’t stray far from the well-worn action-adventure path we’ve seen many times before from other licensed LEGO titles. However, there’s another game out there with a massive roster of Marvel superheroes and villains that takes a decidedly different approach to putting you in command of your favorite comic books. Marvel Heroes 2016 is a brand-new update to the free-to-play massively multiplayer online action RPG originally released in 2013, Marvel Heroes. You may remember that it was most recently rebranded as Marvel Heroes 2015 last year, and it’s been completely changed for the better.

The latest update includes new animations for Deadpool along with nine additional moves and a brand new “Zen” costume for everyone’s favorite “Merc with a Mouth.” Naturally this comes just in time for Deadpool’s solo effort on the silver screen, which is scheduled for release on Feb. 12. The game has also added Black Cat (of Spider-Man fame) to the mix of heroines and even better, the character will be voiced by Jennifer Hale, the same actress from the original 1990s Spider-Man cartoon. You might also recognize Hale form her contributions to other classic TV shows (Powerpuff Girls) in addition to her video game work (Mass Effect 3, Halo 5: Guardians).

And that’s barely even half of what the latest update is bringing. Agent Venom will also join the fray and even more exciting, the game will finally move out of beta for Mac. Full compatibility with Mac is huge and should help to greatly expand the game’s user base. It’s also something Mac geeks have been spent years waiting for. Additionally, the game will support game controllers for the first time, including Xbox One, Xbox 360, Logitech, and Steam controllers.

In a press release, Gaziillion Inc. studio director Jeff Lind said he was confident that this is the best edition of the game yet and that these updates are only the tip of the iceberg for what the company has in store. “When we moved from Marvel Heroes to Marvel Heroes 2015, it was to showcase just how much the game had improved since its launch, but it’s had another year and a half of improvements since then, and with today’s launch of Marvel Heroes 2016, the newest additions make it even better,” he said. “What we’re launching today is just the beginning of what will be the biggest year yet for the game.

In all, Marvel Heroes features more than 100 characters from throughout the Marvel Universe and as of this writing 55 of those characters are playable. The publisher has utilized video games, particularly free-to-play and casual titles, as a means of introducing more of its characters to the public consciousness. This includes the development of a variety of Marvel-themed casino games for casual players, featuring heroes both big and small. The characters in these games include everyone from Blade (remember him?) and Elektra to Iron Man, Hulk, Thor, and the rest of the Avengers.

Given the treatment that the game has rolled out in advance of the Deadpool movie, we definitely expect a lot more to come down the pipe by the end of the summer. Captain America: Civil War, X-Men: Apocalypse, and Doctor Strange are all on the horizon, and we definitely foresee more than a few big changes coming to the Marvel Heroes universe.