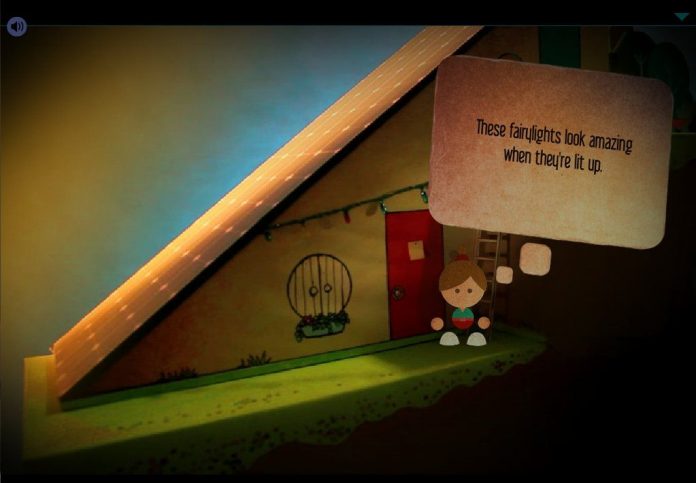 Let it be known: I am pretty shamefully inept in puzzle games. But I like artsy games! And Oh my God I love cardboard!

Lume, by indie developer State of Play Games, is a breathtaking visual experience in the form of a point & click puzzle. The magic and uniqueness of Lume‘s presentation is in its meticulous paper and cardboard sets, lit up with various LEDs and shot with a video camera, giving the feel a stop motion animation – minus the stop motion. Character animations and puzzle screens are done independently, but when that camera moves through the scene transitions, the feel is almost dreamlike; it is nothing short of gorgeous.

So chillax, turn off your lights, plug in some headphones, and enjoy this short noodle-baking quest for light interlaced with calmly enchanting music.

A beautiful opening cinematic sets the premise of the tale in an artistic close-focus shooting style. We’re then taken on a radiant (zing!) adventure through the exploration and actions of Lumi, who has visited her grandfather but notices: no one is home, the doors are locked, and the power is out, but she has no intention of siting around and do nothing about it. Through Lumi, we solve clever little puzzles from the classical grid tile rotation to complete circuitry, passwords in musical notes, finding secret codes in books, and cryptic associations. Using the tools and materials you find either in-world or locked away behind a brainteaser, you take on the challenge of building a DIY power generator with only minor nudges from Lumi’s eccentric grampappy. 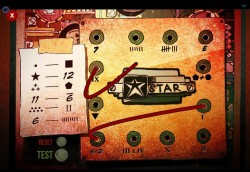 From the very start, grammybear leaves us little clues on how to crack his locks and infiltrate his private stuff, but in a way that feels like a planned game a grandfather would set up for his inquisitive young granddaughter. In his little library, we can read excerpts from his books on energy production and efficiency, construction tips, how-tos on a DIY solar panel, even draft sketches of his house’s building plans. We can take apart old stuff for salvage to be used as building materials. This old man is my hero; he is not only refreshingly passionate about self sustenance and the Do-It-Yourself movement, but an utterly rad caregiver with faith in the ability of the young to take initiative and solve tough challenges. Also, his moustache is pretty bomb-diggity.

Now, I’m fully aware this is a work of fiction, but I am so very proud of of these two characters, I just want to superhighfive them both. 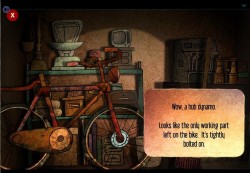 The only complaint one might have with this game is its unbearable shortness. There is about less than an hour of gameplay to be enjoyed by most competent puzzle solvers, but my fumbling around managed to last for just under two hours. It is understandable for the devs to release a first installment, gain some backing, and keep pressing on with more chapters, so there is not much to reasonably deduct from this game’s score.

Lume will bring you back to a feeling of childlike wonder from the moment you fire up the game. I eagerly await part 2!