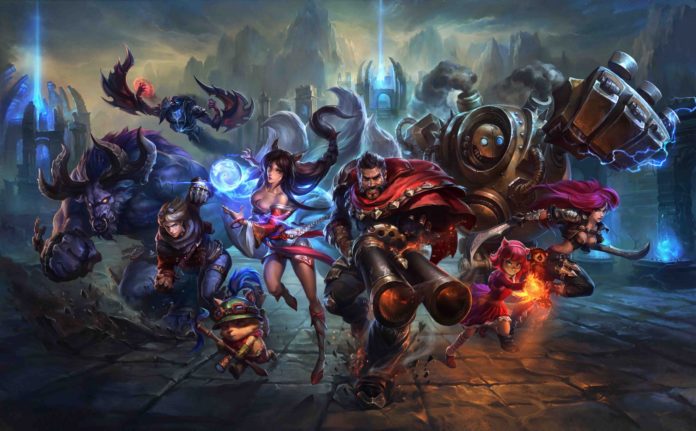 League of Legends is a game that has been going on for a while and has seen some significant changes in its gameplay, whether it is influenced by the characters you control, called champions, or by any changes in the items or map. This League of Legends tier list will offer you a perspective on which champions have an advantage in the 9.2 Patch.

With the coming of League of Legends Patch 9.2, the metagame has found itself being influenced again and a lot of mechanics you were familiar with may or may not be viable. Now for a casual player it does not matter that much but if you are one who plays LoL to climb the ranks, seek the competitive advantage and keep growing until you reach the point where some professionals play, then you need to do a lot of research or know what are the most suitable decisions in the current state of the game.

The God Tier consists of those champions that are guaranteed to give you an advantage in the early game and will stay as much impactful in the late game.

They also have the association of being ‘overpowered’ as in the current patch, they received a huge buff or something that favors them. For winning a ranked game, these options are a must to go for if they have not been banned already.

One thing you must note, a few of this champions can be hard to control if you’re a beginner – a bronzie. Its better to test them with bots before playing in ranked .

The Tier 1 list consists of champions that you will most likely end up with since the champions in the god tier list will be banned 90% of the time and there would be probably a few that you still haven’t learned. . The strength of the Tier 1 champions is lower compared to the God tier but they are still very viable in order to have a good game.

Continuing with the League of Legends tier list – Tier 2 champions are a step lower in terms of power when compared to the tiers above, you might not find them very useful in general as they sometimes do a mechanic poor in comparison to a champion of a higher tier list. An example of this can be having a spell that deals the same damage as a Tier 1 champion but instead, your spell has a high mana cost or is a skill-shot. The champions in tier 2 are more of a preference and are picked when you want a counter.

The ban and pick rate terms are pretty self-explanatory, they are simply the rate at which the champions are selected and barred from a ranked game.

It is a very important thing to know when you are playing a ranked game as you do not want to end up playing against a champion in the god tier list whilst you are only left with Tier 2 or some tier 1s because the opponent banned all the other god tier champions.

You can determine what to ban by simply knowing the metagame or if you know the other player well enough, what is his strongest suit and what not, you can even make assumptions like if a champion is easy to play and is in a god tier list, you would know what to ban and what to pick.

The game pacing has also been influenced by the coming of Patch 9.2. The most notable change we have been seeing implemented is the changes to Baron Buff. Previously the developers wanted to impact siege damage less by buffing up the minions with low power so that many games were not dependent on it. In the current patch, the baron buff has seen a nerf in terms of attack damage, spell damage, minion damage versus champions so that the early game snowball is reduced and the other team can come back more effectively.

Another change is to the base defenses or the towers, they have better siege protection in the early game to offer more lane defense and an increase in the laning phase. The defenses now have 70 armor and magic resistance all times. Lastly, the jungle has received some love by the increase in XP scaling according to the champion’s level and the neutral mobs giving more XP themselves as well.

Of course, a patch is incomplete without the usual nerfs, buffs or mechanical changes for the champions, it is what keeps the game going and evolves the meta every time. First off, we have the release of the new champion, Sylas, it is still to be determined on whether the champion will be a viable pick for ranked play or not as not many players have gotten experienced with the playstyle. There have also been some changes for the previous champions or items that aim to tweak around and tune the game to make it as balanced as possible in the current state.

Most notable of these changes are the Yorick and Evelyn rework, they have seen some changes to their abilities. Some nerfs were also applied to champions such as Rakan and Kassadin in terms of power and armor. On the other hand, some champions received a buff such as Ornn getting more health and armor and Vi having a delay reduction in her abilities thereby getting more speed.

The Overheal rune now gives less and late shielding but the shield decays over time instead of going out immediately, the Legend: Bloodline has lifesteal per stack decreased but the stacks are now doubled, Ignite has its damage and cooldown decreased and the Absolute Focus has its adaptive stats decreased.

We hope you enjoyed our article about the League of Legends tier list for Patch 9.2 and we hope it will help you improve your tactics. If you’re on mobile, don’t forget to try mobile games similar with League of Legends.