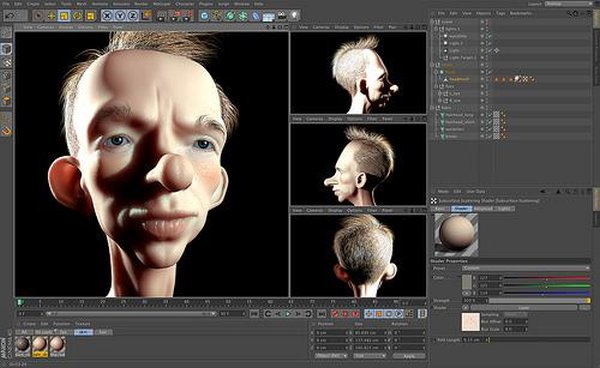 The mind-boggling experiments with 4D gaming have seen commentators quickly denounce the whole 3D ‘experiment’ as a failure. They have in turn switched their attention to the next big thing. But is 4D that new dawn? And has the whole 3D wave really been and gone? As impressive and exciting as projects such as the much-discussed Miegakure appear to be, we are not so sure.

3D is not dead
We are not convinced that 3D has been and gone quite as drastically as some people would have you believe. The fact that 3D visionaries Oculus Rift changed hands for a cool $2 billion last year points to the fact that not everyone is quite so pessimistic. Indeed, for ‘not everyone’ read Mark – Facebook -Zuckerberg. Large and established outfits like NetEnt have also invested heavily in designing and promoting 3D products. NetEnt casino games now boast a range of amazing 3D slots like the Invisible Man that are proving to be both popular and profitable.

The point is, as NetEnt exemplifies, 3D is still working its way into the popular mainstream marketplace. It is not as though 2D is doing that badly after all. The market sometimes moves a lot slower than the tech. The jury is still out on 3D right across the digital media.

It hurts your brain!
There is also the mental angle to take account of. Just getting your head around 4D is not easy. We live in a 3D world, with 3D brains and a 3D way of thinking. Putting all of that to one side, or at least getting used to taking things up a level, is going to take a while. The very sad thing is that it will probably take a whole generation to grow up with 4D to really start to get the hang of it. So, if you are aged over 18 at this point, and not a high-level mathematician, it may already be too late.

Don’t believe the hype
There is a third strand to this that is also worth bearing in mind. This is nothing to do with the tech but is about the way we discuss it. The bottom line is that we are all desperate, or at least desperately excited, to make the leap to the next big idea. Think Google Glass. We so much want the next big thing to be right here, right now that we get just a little bit carried away. The story runs way ahead of what is actually deliverable.

The emergence of 4D is in its infancy. Some of the potentials it throws up are undeniably intriguing. How about all-round visibility in a first-person setting? But as much as that sounds appealing, it needs thinking through. After all, if you can see where all the bad guys are all the time, where is the drama? And if slipping from one dimension to the next has the practical appearance of magic, where does that leave The Invisible Man?

This is not to say that there are not some amazing possibilities that 4D gaming might bring. Undoubtedly there will be. The example of Miegakure is only a first glimpse into what is going to be a remarkable future. In the meantime, there is enough to explore in 3D, Virtual Reality and good old-fashioned 2D to keep your mind thoroughly boggled.