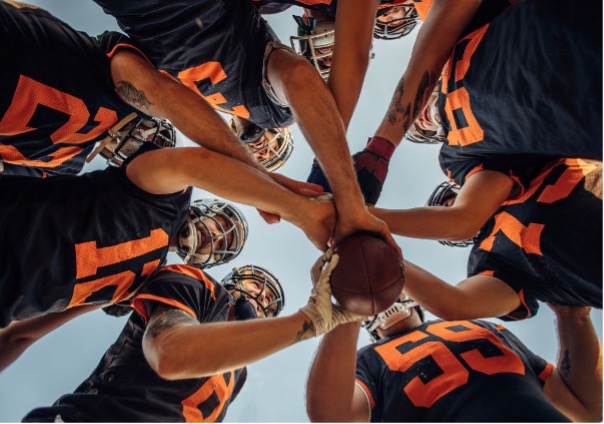 Whether you are a first time fantasy football drafter, or a veteran in the game, you can improve your skills by using a fantasy draft simulator.

Using this tool to draft a team will help you gain a better understanding of your players’ strengths and weaknesses, and how they can help you win. You will also learn the basic rules and strategies of the game, and how to keep your picks balanced and accurate.

When you are participating in a fantasy football league, it’s important that you understand the rules and procedures that will help you build your team and improve your drafting skills.

One way to do this is to use a fantasy mock draft simulator. The simulator offers a number of features and benefits. For example, you can check out preseason games to see who the top players are and how they compare.

This online tool allows you to virtually run through mock drafts to help identify strengths and weaknesses in your current strategy. You can use the simulator to practice different scenarios and analyze which players you should be targeting at various points throughout the draft.

The draft simulator allows you to select the number of teams in the mock draft, choose which players are available (such as rookies, free agents, etc.), customize the scoring system and even simulate trades.

You also have the option to adjust certain parameters that are not available in standard leagues, such as setting a maximum number of rounds or capping the total picks any team can have.

This helps to create a more realistic draft environment that is similar to what you might experience on draft day.

You can also make your picks and submit them to the league platform. This is done by clicking on the “Draft Order” tab and completing the form. Once you are finished, you will be given the opportunity to audit and edit your draft order.

By doing so, you will be able to ensure that you have followed the correct procedure. Finally, you can check out the average points your team has scored for each role.

One of the most important things to keep in mind when you are drafting is position scarcity.

In a typical 12-team league, there are only a few good running backs. Having a star running back in the early rounds can provide you with insurance against injuries. The average output of a running back who is thirty or older is only one third of the output of a player who is at the prime of their career.

If you’re looking to build a strong team during your fantasy football draft, it’s important to find good running backs. Running backs can be the difference between winning and losing in fantasy football, as they are usually the most reliable source of points.

Another important feature of the fantasy draft simulator is that you can adjust the number of RBs you will be drafting. You can change the RB count to 2.1, 2.4, or 2.5, depending on the position you need to fill. The input screen also lets you tweak the number of WRs, TEs, and flex players.

The fantasy draft simulator helps you pick the best players.

By analyzing rosters and roster sizes, it can predict how many players at each position will be available. Additionally, it can help you prioritize quarterbacks. You can then experiment with varying input parameters to find the most effective starting lineup.

When it comes to fantasy football, picking the right quarterback is a key factor in winning a championship. A good quarterback should have some of the following traits:

Quarterbacks who can put up consistent numbers week after week give you an advantage in your league. Look for quarterbacks who are less prone to turnovers and can be counted on to put up solid numbers in any given week.

Quarterbacks with a strong arm give you an opportunity to exploit defenses by having the ability to fit the ball into tight windows or fire downfield for explosive plays.

Mobile quarterbacks give their offense another dimension that can be exploited with their ability to extend plays and create big yardage gains.

A great quarterback should be able to understand the offense and make quick decisions on where to go with the ball. Look for quarterbacks who can read a defense quickly and get rid of the ball before taking too many sacks or being intercepted.

In a fantasy football league, the tight end is often a relative weak position. However, the position is becoming more and more important over the last decade. A number of different strategies can be used to get the most out of your TE, from using the right draft strategy to choosing the best possible fit for your fantasy team.

First, you need to understand the role of a TE in your offense. It is not uncommon for tight ends to become the primary receiver in a passing game. Some coaches prefer this approach. Another option is to use the TE as a sixth offensive lineman.

The tight end has a lot to offer fantasy owners. Aside from the usual catches and yards, TEs can also block and run effectively. This skillset makes them a good option to draft in the late rounds.

There are a few things you need to know when choosing wide receivers for your fantasy team.

First, understand the traditional rankings. Secondly, you need to consider your team’s offensive fit. Third, look at the schedule. Finally, be wary of injury.

In standard scoring leagues, a wide receiver earns six points for every touchdown, and a point for every 10 yards. In PPR leagues, they also receive an extra point for each reception. However, the number of yards per catch can vary, so a receiver’s performance is not a surefire bet.

You can start two wide receivers in most leagues, but you may need to use a third. If you have a flex player, you can use up to four.

The WR is the deepest position in the game, and he has a number of qualities that make him an effective player. These include athleticism, good route running, and an instinct for space. He can get rushing yards on end-arounds and back-screen passes.

The best way to pick a wideout is to start with the top players, but if your team isn’t set up for them, auxiliary pieces can be an effective fantasy option. One of these players could lead to a championship season.

Choosing a receiver is no easy task. Luckily, if you choose the right one, he will make your fantasy team a winner.

For fantasy football purposes, the offensive line is a very important aspect of the game. Without the right players on the field, a run game could fail. Offensive lines are often overlooked. But they have the ability to decide close games. They also help out running backs and WRs.

With practice and dedication, you can be sure that you will become a better fantasy football drafter in no time.