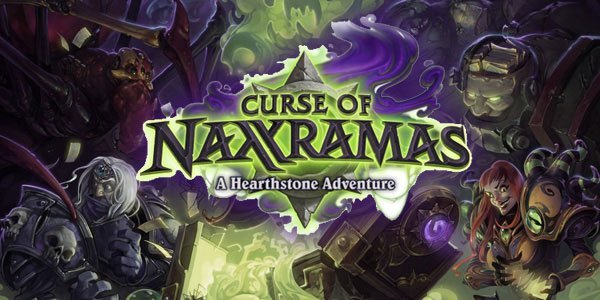 It’s been already one week since the first Hearthstone expansion, Curse of Naxxramas, has been launched and so far I’ve enjoyed it greatly, even though I got to hate Maexxna with every cell in my body. Today, though, there are even more bosses to hate as the Plague Quarter – the second wing of the Naxxramas expansion has been launched.

The Plague Quarter must be purchased before you’re able to play it, and you can either pay for it with in-game currency (700 coins) or real money ($6.99). Alternately, you can pay $24.99 for all the Wings, but you will still get them at the regular “one per week” interval.

The Hearthstone Curse of Naxxramas Plague Quarter comes with three new bosses to defeat: Noth the Plaguebringer who has an incredible passive Hero Power (whenever an enemy dies, he gets a 1/1 Skeleton), Heigan the Unclean, and Loatheb.

There are also 4 cards to be won: Stoneskin Gargoyle, a 1/4 minion that costs 3 Mana, whose health is restored every turn; Unstable Ghoul, a 1/3 minion that’s just three mana. It has Taunt and the Deathrattle: Deal 1 Damage to all minions. Sludge Belcher is the third minion that you will get for defeating the final boss, a 3/5 minion with Taunt that costs 5 mana. It also has the Deathrattle: Summon a 1/2 slime with Taunt. Finally, after defeating the three bosses, you will get Loatheb himself, a 5/5 minion costing 5 mana, with Battlecry: Enemy spells cost 5 more next turn.

A very difficult wing to beat, but I am sure you’ll have fun playing the Plague Quarter in Hearthstone. Make sure to keep an eye on Hearthstone Freak for guides and tips on how to beat the new bosses!