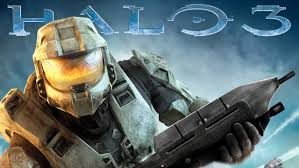 Having already confirmed that one of the two games free to Xbox Live Gold members in October is Might and Magic: Clash of Heroes through their ‘Games with Gold’ programme, Microsoft have announced the second game is the long awaited giveaway of Halo 3.

Halo 3 was one of the games used as an example of the things Xbox gamers could expect from the scheme when it was unveiled in June, leading to some people getting annoyed with the wait for getting the shooter for free. According to Major Nelson, the third entry in the Halo franchise will be available to players on October 16th through to the end of the month.

Might and Magic: Clash of Heroes is the free game to kick off the month, available from 1st October- 15th October. As usual since the scheme launched in the summer, to download these games for free you must be an Xbox Live Gold member when the download is initiated. After the download has begun the game will stay in your library even if you go back to Silver Membership.

Clash of Heroes is a puzzle RPG which made its name on the DS back in 2009, earning itself an 86 average score on Metacritic. The game was re-released on Xbox 360, PlayStation 3 and PC, where it was provided with an upgrade to graphics, added content and online and local multiplayer.

What are your thoughts on these two games being ‘freebies’ for the month? What games are you hoping will be included in the offer in the future?