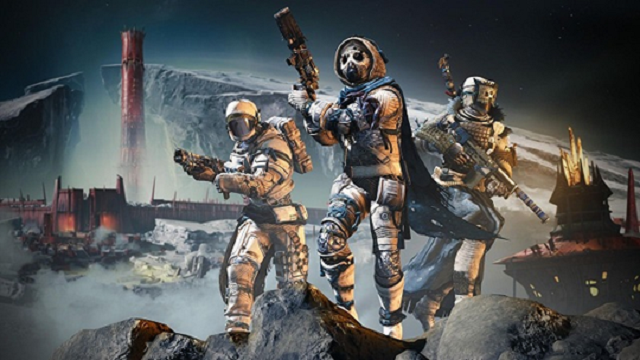 Destiny 2 is a popular online multiplayer first-person shooter video game first released in 2017. Its fifth and latest expansion, Destiny 2: Beyond Light was released in November 2020. Around the same time Destiny 2 also became available on mobile devices for the first time.

Destiny 2 is set in a science fiction world where players take on the role of Guardians whose job is to protect the last safe city on Earth. There are three character classes in the game with three sub-classes for each. Each class has its own special abilities and upgrades.

How to Level Up in Destiny 2

Power level is determined by the armor and weapons characters are equipped with. Every piece of equipment has its own level and a player’s power level is the average of everything they have equipped. This means is that in order to increase your power level you have to get better equipment. Leveling starts out easy but becomes quite difficult and it does take time. Some players may turn to a Destiny PC Booster if they become stuck or lack time.

Every player in Destiny 2 starts with a power level of 1050. There are three different power level caps after that.

Your first leveling up goal will be to reach the soft cap.

Reaching the soft cap of 1200 is a relatively easy task. There are 150 power levels and increases will come fairly quickly. As you play you will get color-coded gear drops. The color indicates the rarity of items. Most of the gear drops at this stage will be rare (blue). Begin by doing all the campaign missions and picking up any gear that is higher than your power level. After completing the campaign missions, playing Crucible and completing public events are the fastest way to level up. The Crucible is a competitive player versus player activity and public events are temporary events where random players in public spaces work together to complete specific objectives

You will be going through a lot of new equipment quickly as you work towards the soft cap so infusing equipment is pretty much a waste of time. Just keep equipping your gear with the highest level for now. Any green or blue drops with power levels below your most powerful gear can be dismantled to produce gunsmith materials. These can be taken to the gunsmith at the tower. As you provide the gunsmith with more materials your reputation with him increases and eventually this will earn you some more powerful gear.

A good way to level faster is to create alternate characters. Players can have a total of three characters in Destiny 2, one for each class. Sharing equipment between your characters allows you to get them to a higher level faster. Instead of doing 5 milestones a week, you will be able to do 10 or 15 and combine your character’s resources. Armor isn’t interchangeable between classes but weapons are and can be shared to increase levels faster.

After reaching the soft cap you will no longer get better gear just by playing the game. World drops like rare gear won’t increase your power level. There are a total of 50 power levels in the hard cap. Powerful gear will be necessary for level increases. There are three tiers of Powerful gear based on the gear’s power level in relation to your current level.

Your director will give you a list of different ways you can earn Powerful gear every week. As you work on various objectives continue to alternate characters for faster gains. Ways to get Tier 1 Powerful gear include:

Power gear will no longer increase your power level after reaching 1250. Any further power level increases require Pinnacle gear. At this point, there are only 10 more power levels. There are very few Pinnacle gear drops and they are quite difficult to get. Some of the ways Pinnacle gear can be obtained include: