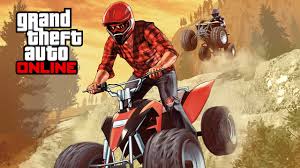 Rockstar has announced that next week will see a free “Beach Bum” update launch on Grand Theft Auto V, adding new content to both Single Player and GTA Online.

The update, announced on Rockstars’ blog, will hit next Tuesday as part of the next update for the game (1.06 for those counting). This comes after the previous updates tried to stamp out a number of bugs and glitches that have been affecting gamers since the launch of GTA V’s multiplayer portion of the game, meaning now we should be able to just look forward to new content from the developer.

The “Beach Bum” update will include two new weapons, free from an Ammu-Nation in online play (the SNS Pistol and a Broken Bottle melee weapon). Also included for free is access to four new beach themed vehicles: BF Bifta dune buggy, the rugged Canis Kalahari off-road truck, the Bravado Paradise beach camper van and the return of the Speeder Speedboat. Once again, these vehicles are free for players by visiting the in-game websites, in this case the San Andreas Super Autos and the Dock Tease site for the boat.

If that’s not enough, Rockstar also explained that a number of new jobs will be added with this new content, with a promise of new Races, Deathmatches, Parachutes, Last Team Standings, Survivals and Gang Attacks being added, as well as new customisation options such as extra hairstyles, clothes and tattoos.

The new weapons and cars will also be available in the Single Player, with the weapons being put directly into each characters inventory and vehicles in the garages and marinas of your characters.

More updates will be coming soon, with Rockstar promising that they are working on adding co-operative heists, a Content Creator, a take on Capture the Flag as well as hinting “some exciting new Story Mode updates”.

What are you most excited about in terms of new GTA V additions? Are you waiting for the Content Creator? Can’t wait to do heists with your friends? Or will you be content with new ways to dress your online character in weird and wonderful ways?

The “Beach Bum” update hits on the 19th November.