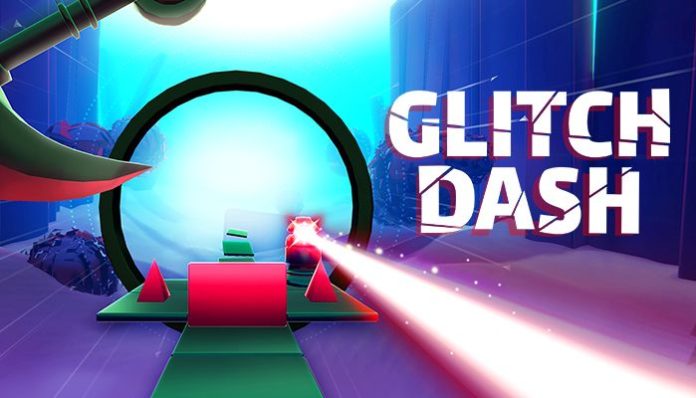 Some games are built to be narrative odysseys. These titans of literary significance are constructed to stand alongside the best storytelling humanity has to offer, and tell compelling, gripping stories with complex characters facing morally difficult dilemmas. Those games certainly have their place, but they can grow exhausting after a while. When one must invest so much of one’s time into another epic, emotionally harrowing journey, sometimes what one desperately needs is a game where the objective is to collect things, avoid other things and shoot for the high score. As of this review, you can play it on Poki right now.

Luckily, that’s where David Marquardt’s Glitch Dash comes in. Glitch Dash is a back-to-basics first-person runner game which pitches itself as “the impossible runner”, promising a meaty challenge across its 8 levels (it may not sound like much, but you’ll get more than your “money’s worth” out of this one). Glitch Dash’s narrative premise is refreshingly simple. You are…someone, presumably, and you must race your way through 8 levels of increasingly complex and difficult abstract geometry in order to reach the portal at the end. You can impose your own epic hero’s journey on this if you wish, but suffice it to say narrative isn’t the word of the day here. 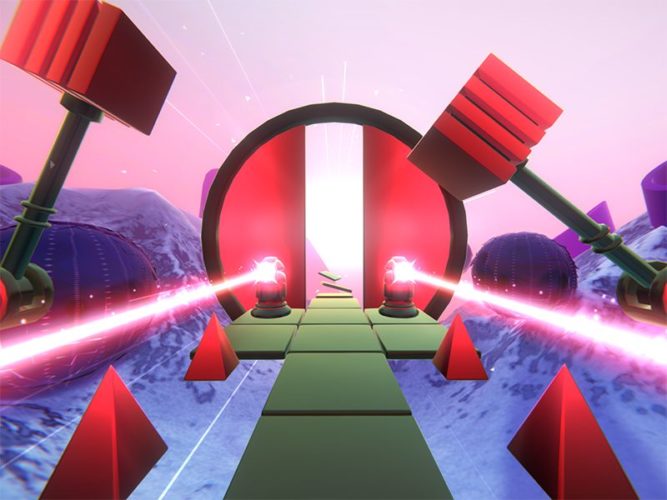 What the word of the day definitely is, however, is “gameplay”. Gameplay is king in Glitch Dash, as one might expect for a game designed to be instantly picked up and played. Upon starting a new game of Glitch Dash, the player is dropped immediately into a synaesthetic landscape of pulsing colours and psychedelic backdrops. A long grid-based road stretches out, and as the player nears one of the game’s collectible diamonds, an elegantly unobtrusive button prompt urges the player to “move left in 5… 4… 3… 2… 1…”. This tutorial style speaks to the graceful minimalism of Glitch Dash’s design. Everything is clearly communicated to the player, either through text or visual language. That red barrier? You’ll want to jump over that. The giant, swinging hammer in your path? Probably best to avoid it.

Communicating these concepts to the player is important, too, because the other word of the day in Glitch Dash is “difficulty”. This game might be a minimalist browser game, but its difficulty could give any indie platformer or AAA shooter a run for its money. Things start off in the early levels innocently enough, and you’ll be lulled into a false sense of security by the game’s deceptively kind and forgiving design. Pretty soon, though, things will start to get hectic, and you’ll be tensely hunched over your keyboard, desperately anticipating the next hazard you’ll need to react to. Some chains of hazards are particularly harsh; at times, it’s hard to understand exactly what is required of you in the moment, since things keep moving at an inexorable pace and you don’t get to control the speed of the game.

It’s testament to Glitch Dash’s quality and fun factor, though, that this never once stopped me from wanting to have one more try. Perhaps this is because the game is really great at putting barely any obstacles between you and “another go” (which is absolutely crucial for this sort of thing – the last thing any developer wants is for players to get frustrated before they’ve even started playing). It could also be because Glitch Dash has a generous lives system, which is augmented by the ability to use “shields” which will deflect one (and precisely one) hazard’s worth of damage harmlessly off the player. It’s also possible to continue from the point at which the player left off using “checkpoints”, which can easily be obtained simply by watching an ad video. These videos are generally short and unobtrusive, which is great; watching them is a very small price to pay for the chance to not have to repeat a level. 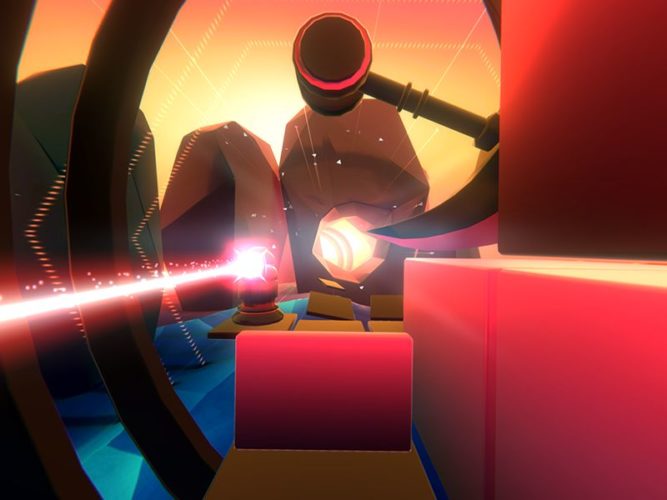 Of course, repeating a level isn’t any great chore here, because the levels are just plain fun. The variety of hazards keeps players on their toes constantly; whether it’s the green arrows that flip the level, forcing you to quickly rethink your strategy, or a perfectly-timed sequence of ducks, dodges and weaves, you’ll thrill to each stage as it introduces devious new ways to murder you. The framerate is smooth and consistent, which is impressive because the visuals are great. The 3D environments pulse with a hypnotic rhythm, which perfectly complements the main gameplay loop of Glitch Dash. Environments are smooth and uncluttered, so it’s very easy to see what’s about to kill you and how to avoid it. The aforementioned soundtrack, too, is excellent, and serves as a great accompaniment to the game’s frantic running and platforming action.

All in all, Glitch Dash is a joy to behold. Though one or two technical hiccups occasionally hold it back (do make sure you have a powerful PC or a resource-light processor, because you do not want to drop frames in a game this reflex-based), this is so uncommon and so small an issue as to render it moot. With consistently fun high-octane action, a running time that never outstays its welcome and a well-thought-out design philosophy, Glitch Dash deserves a place in your lunch-break pantheon. You can play Glitch Dash on Poki right now, and we wholeheartedly suggest you do.