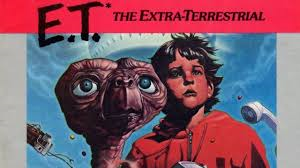 Microsoft has released a video showing last weekend’s excavation of the ET game cartridges for the Atari.

The footage, introduced by Larry ‘Major Nelson’ Hryb, shows footage of the dig commencing and the moment the first of thousands of cartridges found was revealed to the crowds.

The dig took place on Saturday in Alamogordo, New Mexico, and was being done by a team of documentarians who were investigating the supposed myth of the buried games for a series being shown exclusively on Xbox One and Xbox 360.

Major Nelson was the first to break the news of the discovery on Twitter, when he released a number of pictures of the first copy that had been unearthed by the team.

Here it is up close – the very first ET cartridge exhumed after 30 years pic.twitter.com/nb8tv33w8F

ET: The Extra-Terrestrial was a rush release on the Atari 2600 to tie in with Steven Spielberg’s film. The game was met with a very hostile reaction, with the game being labelled by many as ‘The worst videogame ever made’.

The game suffered a poor performance, which many felt was a big contribution to the video game industry crash in 1983. New York Times then reported that as many as 14 trucks containing the game had been taken to the New Mexico landfill. Since then it had become a legend in the games industry.

The documentary is due to be released sometime in 2014, and will be directed by Zak Penn (X-Men).

What are your thoughts on the turnout of events regarding the cartridges? Are you looking forward to the documentary on the dig and confirming the legend?