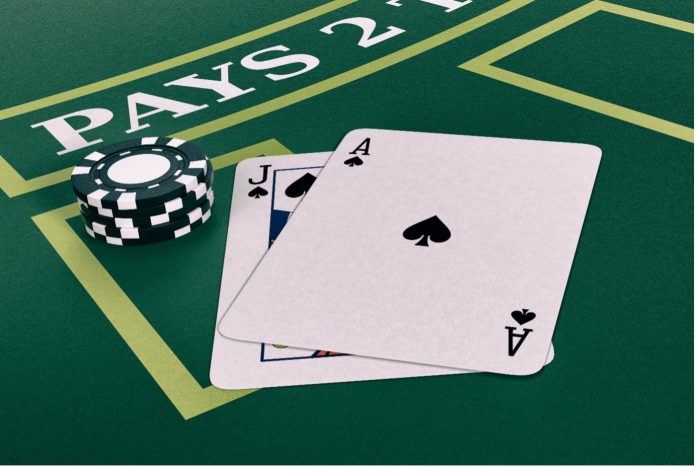 Blackjack is, arguably, one of the most famous casino games of all time. Whether you know it as Twenty-One or Blackjack, the game has stood the test of time, becoming one of the first to shuffle into online casino sites when the first one debuted in 1996.

Prior to being able to play Blackjack online, the popularity of the game was spread through word of mouth – which is where the tale of Eleanor Dumont comes to light.

Read on to learn more about the history of Blackjack, as well as one of the most influential women who helped make the game as famous as it is today.

The origins of Blackjack

Games resembling Blackjack have been around for many centuries, but it was in France in the 1700s that the primitive version we know and love today first made an appearance. Originally known as Vingt-et-Un – which translates to Twenty-One – the game quickly became popular throughout Europe due to its low house edge and relatively simple gameplay.

It is said to have originated from other popular games of the time like Chemin de Fer, and was played at the French Royal Court during the reign of King Louis XV – proving that Vingt-et-Un truly does have a rich history.

The game made its way to American shores in the 18th century, where it could be found in the first legalised gaming halls in New Orleans in 1820. Although, at this time, the rules were slightly different to those of traditional Blackjack we play today, as the dealer was allowed to double, for example.

This is where the tale of Eleanor Dumont begins. Bursting onto the scene in 1849 when she was just 21 years old, Dumont became known as America’s first female Blackjack dealer – a rarity at the time. For around three decades, she made a name for herself across the Western frontier mining downs.

How she came to the West is shrouded in mystery, as she rarely used her birth name – Simone Jules – and was known for having a French accent, despite having likely been born in New Orleans.

A rarity amongst dealers

Dumont built her reputation at the Bella Union in San Francisco, standing out by being dignified and reserved. Despite this, she was suspected of card sharping and relieved of her duties. She used the money she’d earned to move to Nevada City, California.

In 1854, Dumont delivered a handbill to Edwin G Waite, the editor of the Nevada Daily Transcript, announcing the opening of her gambling saloon – aptly named Vingt-et-Un.

She ran a high-class gaming establishment where no women were allowed. Guests were greeted with a smile and asked “Will you play, monsieur?” in a French accent, and people would travel from far and wide to try their hand at Blackjack against her.

Gamblers would be required to dress in their finest clothes, and Dumont served free champagne to her players. Vingt-et-Un was a place of class and community.

In 1859, Dumont met entrepreneur and gambler David Tobin, and together they opened a second saloon called Dumont’s Place. Dumont’s Place was successful, but Nevada City lacked visitors as the rush for gold slowed and miners moved. With this, Dumont, or Madame Moustache as she later became known, decided to move on as well.

Eleanor’s story was far from over when she left Nevada City, but it was here that she revolutionised Blackjack and helped spread the word about the beloved game.

Do you think you have what it takes to follow in Dumont’s footsteps and try your hand at Blackjack?