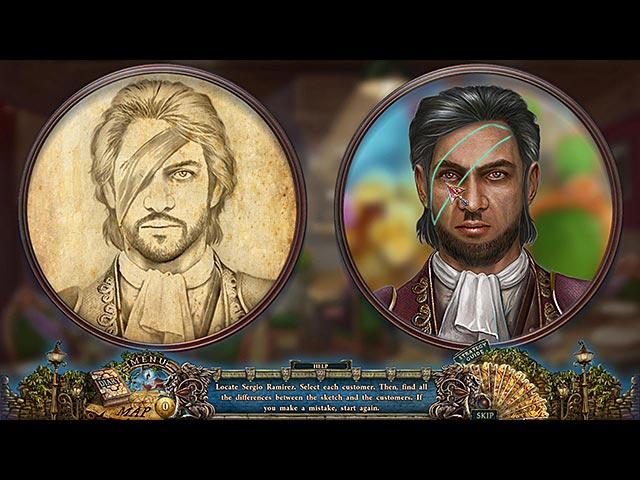 Set in a charming Spanish village, Grim Facade: A Wealth of Betrayal is a more-than-decent hidden object game that received the “Collectors Edition” treatment over at Big Fish Games and, if you want to give it a try, you can do so effect immediately. It’s pretty interesting, especially story-wise, so let’s find out a bit more about the game!

Here’s how the story goes: “You’ve been hired for your most difficult case – stopping the fearsome figure of a headless knight, bent on terrorizing the city. The sweet Rosa Ramirez is said to have stolen his sword in order to unleash his angry spirit – but could there be something more mysterious happening in this beautiful Spanish village? Follow the clues that lead to Rosa’s disappearance – and discover the dark secret behind the infamous Fire Knight – before it’s too late!”

Although pretty classic for a hidden object adventure game, the story is pretty solid and nice, and I am sure you will love to see how the events unfold. The hidden object scenes in the game offer you a bit of everything to keep you entertained (classic “Find the object based on the description”, plus newer ideas like putting back objects in the scene or finding strings of objects). There are also a bunch of really nice mini games to check out, each playable on two difficulty settings.

The visuals are a strong point for Grim Facade: A Wealth of Betrayal and the cutscenes are particularly pleasing. You also have, since this is a Collectors Edition that we’re talking about, a bunch of extras, like trophies, a strategy guide and even a brand new chapter.

All in all, for the fans of the genre, Grim Facade: A Wealth of Betrayal is a good game to try, so head over to Big Fish Games and let it work its magic!