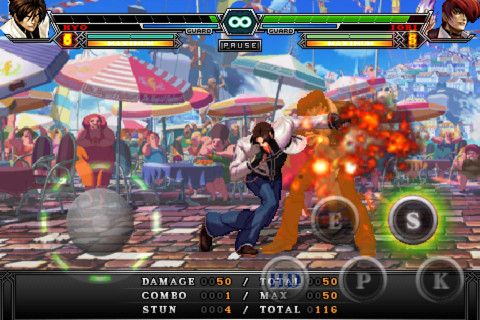 The game comes packed with 32 playable characters, versus modes in Wi-Fi, and 6 different single player modes in case you need to tune up your skills.

The King of Fighters-i 2012 also comes with 12 new fighters in 4 teams and promises to deliver the best KOF experience ever. Add to that a lot of goodies offered by the developers, like trading cards, illustrations and super-easy commands and you have a really nice time waster here.

So if you want to rule your friends in the Ranked matches or you simply want to kick off some steam in the single player modes, The King of Fighters-i 2012 is the perfect choice: click here to get it for your iPhone.