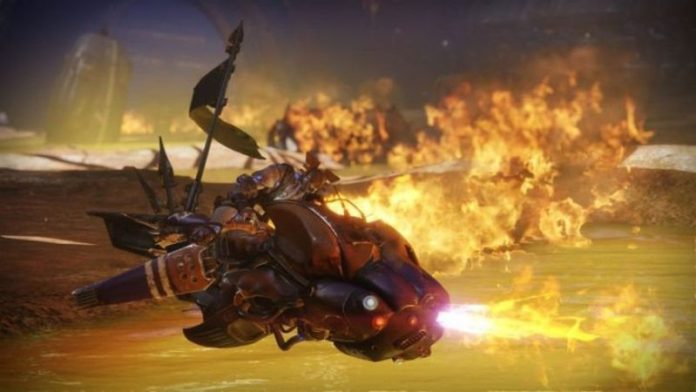 Yaviks, the Rider is your first target that you have to defeat in Destiny 2 Forsaken as part of the new story line and one of the eight barons you’ll have to eventually face off in the game. And in today’s article, we’re going to tell you how to easily defeat The Rider Yaviks in Destiny 2: Forsaken.

This will help you complete the Target: The Rider mission and get you one (small) step closer to completing the Expansion and hitting that new level cap of 50.

So let’s not waste a single second and instead let’s check out below how to defeat The Rider in Destiny 2: Forsaken!

1. First of all, in order to get to Yaviks himself, you will need to destroy three of his Riders to find his position. You’ll do so easily and no extra advice should be needed. Then, once you have his position, proceed towards the area, taking out the Scorn scum along the way.

2. Once you meet Yaviks, you’ll start the battle – but he won’t be alone, as various Scorn warriors will spawn every now and then to make your life a lot more difficult. It’s extremely important to take these out as soon as possible, otherwise you will become outnumbered and you can fail.

While taking out The Rider’s minions, make sure to be constantly on the move as Yaviks himself won’t just wait for you to complete the battle and he’ll keep shooting your way!

3. See those barrels that explode when you shoot them? Focus on taking them out to destroy his helpers faster and force him retreat.

4. Make sure to keep the distance: his Pike will leave a trail of hot flames behind and sometimes he’ll come charging towards you. Make sure to stay away of those flames as they cause massive damage!

5. You don’t have to ride the Pike! If you’re considering that you’re doing better not riding it, you can go down and take shots at The Rider and his minions until he retreats. You will have to get back on the Pike again in order to follow and continue the story, but during the fights themselves, you don’t have to be on it.

The Pike gives you a bit of extra speed and fire power, but if you’re used to handling your regular weapons instead, that might prove to be the better strategy to use. But do have in mind that when on foot, the damage you take from Yaviks is huge.

6. Change your Pikes – when your health drops too much, simply go towards the entrance of the base and change your vehicle in order to stay in good shape and increase your chances of defeating this evil dude.

If the above tricks still don’t help you a lot, you can check out this video below created by Video Games Source where they take on Yaviks themselves:

And this would be it. Now you know everything there is to be known to easily get rid of Yaviks the Rider in Destiny 2 Forsaken. If you need more tips and tricks from us, don’t hesitate to check them out here.