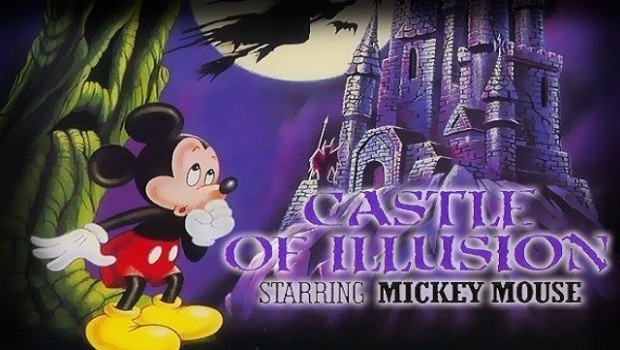 Now unless you have been living under a rock for the past week and hopefully you weren’t. The news of pre-order bonuses for the 90’s classic game Castle of Illusion: Starring Mickey Mouse came about and was announced on the PlayStation Blog last week.

Mai Kawaguchi Sr. Digital Brand Manager, Sega had to say this on the blog “We are running a pre-order program which is exclusive to PlayStation Network. With your pre-order, you will be able to immediately download and enjoy the following pre-order exclusive gifts.”

Now those gifts include Original Genesis version of the game, Pre-order exclusive dynamic theme, and Three Avatars. The taking of pre-orders will start August 20th and will end on September 2nd 2013, as the game is set for release on September 3rd. 2013. And the bonuses will only be available during the pre-order period. Now this is just great news for the PSN community, and an absolute treat to PlayStation 3 users. Now as far as I know this is an exclusive only for the PSN as no other consoles such as XBLA where announced to have the pre-order program.

The developers said they’re “working very closely” with the original game’s director, who is currently at Disney Interactive. They are trying to capture that patented famous “Disney magic”. And they are also including many new elements into the version of the game that couldn’t be featured in the original title due to technical limitations, because the 16-bit era did have limitations. And not to mention but 16-bit is what we had in the early 90’s.

Mai Kawaguchi also added “If you have played the original game, you will also see that we have kept intact many of the major iconic elements of the game that helped define this ground-breaking game at the time of its original release.”

Remember this exclusive bonus is will only be available for two weeks. So don’t miss out on this awesome opportunity.