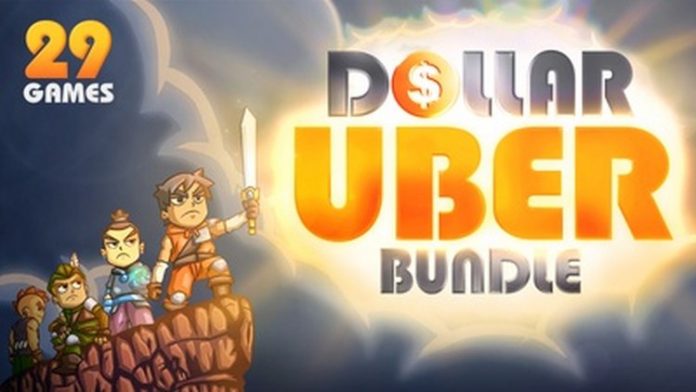 On most occasions, Bundle Stars seems to be Humble Bundle’s cousin living in a village: their games are not as good as those offered by the latter, but you can certainly find some hidden gems and good deals every now and then. And the bundle they have put together today is certainly one of those types of bundles: for just $1, you can get 29 Steam keys for just as many indie games.

And when 29 games are involved, you definitely have some better ones to play – even though you probably haven’t heard of any of the games packed in the bundle. This doesn’t mean that you won’t like the games, and for $1, this is a risk I’m willing to take.

Titled the Dollar Uber Bundle, it includes the following games:

I will be the first to admit that it’s the first time that I’m seeing the name of most games in this bundle and probably you can say the same thing. Check out the Uber Bundle’s page to find out more about the titles it contains and buy yours today.

Even though you might enjoy different games than I do, after a quick look through what’s on offer, the ones that stand out seem to be Fall of Civilization, the Data Hacker Series or the Atonement one. All the games are published by New Reality Games, so if you played some of their titles in the past and liked them, you’ll most likely enjoy playing those too.

Even better news is that 21 of the 29 games in the Dollar Uber Bundle come with Steam Trading Cards, so if you really play them, you can even sell some cards on Steam and maybe make more than you paid for it. Or at least get some cool badges that few people will have.

So don’t hesitate to check out the link above and look at the new Bundle Stars bundle while offer lasts or before the time runs out on April 11.