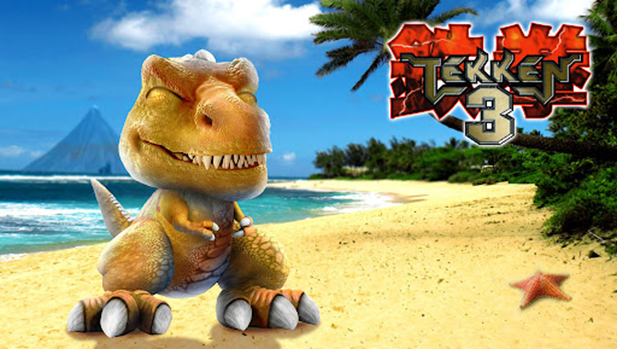 It’s the late nineties, you and your friends gather at one of your mate’s, get all the snacks and soda you can, and play Tekken 3 till the late night. Everyone had that one friend that spammed 3 and 4 as Hwoarang, another one that went for high damage unblockables with Paul or Yoshimitsu, or picked that one character hated by everyone – Gon. Many people don’t know, but he’s the series’ first guest character. The little dinosaur comes from the eponymous manga by Masashi Tanaka. While there wasn’t any concept of DLC back in the fifth generation of video game consoles, Gon fits that niche and most likely would have been one of the downloadable fighters nowadays – he was weird, annoying, didn’t fit in particularly well, and was a third-party property.

Many years passed, and we have seen a massive boom in the so-called “game as a service” model that emphasizes the constantly updated game state with free or paid content. Free content usually includes the balance changes and quality of life improvements, while new story missions, characters, gameplay mechanics are more often than not require to be purchased.

Previously, many fighting games went through a set cadence: release, maybe an updated stand-alone re-release a couple of years later, and end of any support. This made overpowered characters overpowered forever, and weak ones got no love at all. The ease of Internet access, even on consoles, changed this. The developers became more willing to update the games’ balance state for a continued time, and the glaring issues like the fighters being too strong or weak for extended amounts of time became less prevalent. But this in itself created another problem: this upkeep isn’t cheap. You need a dedicated development team to constantly work on the game and spend their time on it. The time that could have been spent on the development of some other projects. With most of the fighting games casual competition being online nowadays, this also incurs additional costs of the server upkeep.

The Tekken 7 development team embraced the “game as a service” model to combat this. It wasn’t done maliciously or with any ill intent: it’s just that the first few planned DLCs were so popular that the creators decided to give the players more. And thus, we have four full seasons of downloadable content that include characters, stages, cosmetics, and more.

If we look at the list of Tekken characters, some of those DLC fighters are known, beloved, and iconic for the franchise, the others are guests from other IPs, and others still are complete newcomers.

Let’s take a look at the best DLC characters for Tekken 7. And no, we won’t be judging them based on how strong they are. Instead, we’ll take into account how nice they feel to play as, how good their overall character design is, and some other factors as well. 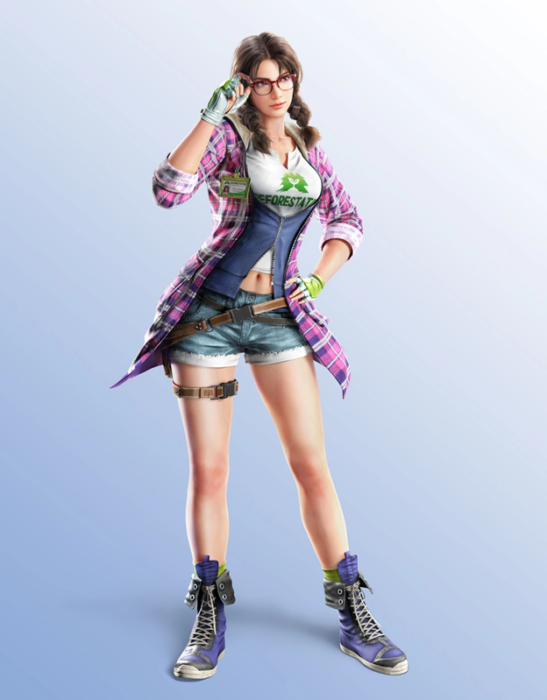 Julia is a longstanding cast member of the Tekken series. Previously, her design incorporated many Native American elements, but in the previous entry, she reinvented herself as a leotard-wearing luchador Jaycee. This time around, Julia reinvents herself again. Now she is a streamer and an eco-activist that’s battling the deforestation issue. She changed her Lucha Libre attire for a comfortable t-shirt, a vest, and a flannel jacket, picked her hair up into two pigtails, and donned glasses that fit her look so well.

In terms of fighting style, she retained her moves from the previous games to feel intuitive to pick up, while adding some of Jaycee’s spice to feel fresh and exciting. 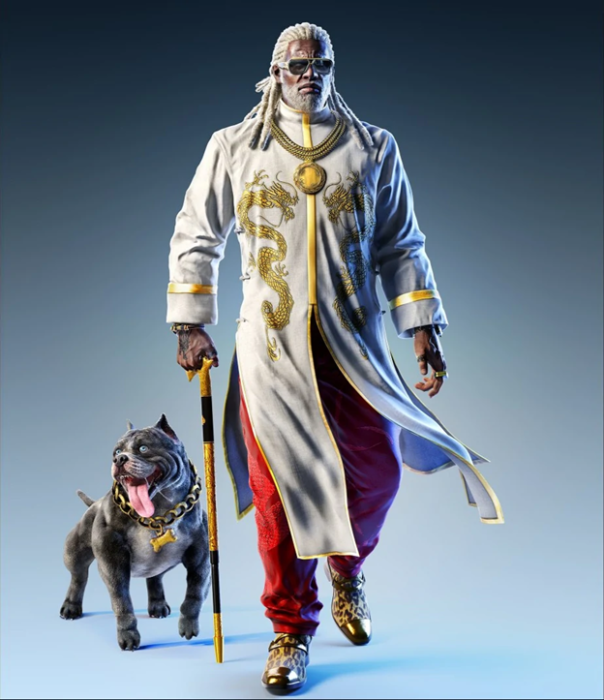 Leroy Smith may look old, but don’t let this deceive you. Yes, he’s likely over 50 at this point, but he looks incredibly fit and also has this old man strength that makes every hit sting that much more. He’s been battle-ready since a very early age, as Mishima Zaibatsu stroke the fires of violence within his city – he lost his entire family and needed to learn how to fend for himself.

Leroy looks incredibly stylish: his long white jacket is decorated with golden dragons, his shoes have leopard print, and he wears a heavy golden medallion. Just from the description, it may sound tasteless and over the top, but he wears it all oh so well. And on top of that, he has a dog named Sugar.

Leroy is a practitioner of the Chinese self-defense martial art Wing Chun. But from the heavy punches and flurries he’s dishing out, you won’t be able to tell. Where you can tell is when he starts parrying and evading the opponent’s moves and returns the “favors” tenfold. 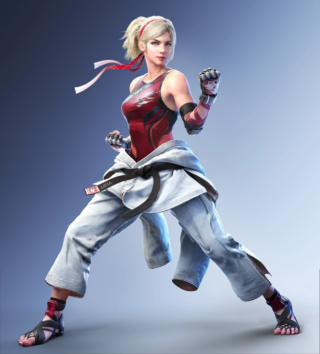 When you hear of an accomplished karateka, who do you picture? Most likely a stocky young man that looks vaguely like Jin Kazama. And you’ll not be wrong. But Tekken 7 team decided to subvert this expectation. They asked a question, “What if an accomplished karateka is a prime minister of a European country, and we show her in a stylish overcoat, coming out of the business-class vehicle on top of a building?” And then they did, and we got Lidia Sobieska.

Her outfits in Tekken 7 are a very clever bit of character design: the conservative, businesswoman attire shows her no-nonsense attitude and shows you that she indeed is a prime minister of Poland, while her karate gi is a reminder that despite this, she’s never afraid to take matters into her own hands.

This also shows in her gameplay. Her Karate style is much more direct than that of Jin Kazama. It’s less flashy, with no abridged moves from other martial arts. Instead, it uses Okinawa-style kata-based moves that make her look tough but refined. 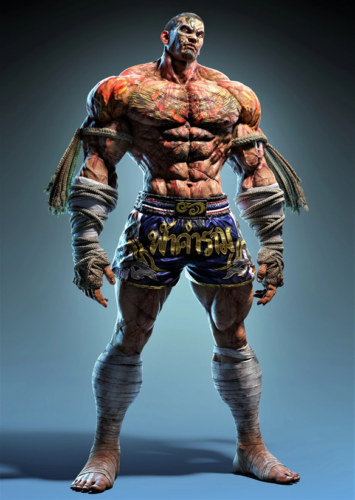 Tekken series has had an on and off Muay Thai representation for most of its history. There was Bruce Irvin, a kickboxer who mainly used Muay Thai moves. Bryan Fury also applied some of the techniques. Tekken 7 gave us Josie Rizal, who mixes it up with Eskrima. It’s popular martial art, widely practiced all around the world. Many have seen the movie Ong-Bak: Muay Thai Warrior, where Tony Jaa uses his speed and snappy kicks and punches to dispatch hordes of opponents.

Tekken 7 devs decided that they needed a fighter of this profile again. But instead of bringing back Bruce, who practices a more westernized variation of the art, they created a new character – Fahkumram. His style is pure, no-nonsense, traditional Muay Thai. It’s not so much about speed and snappy moves, but about his raw power in applying the moves.

Fahkumram’s profile is a subversion, too. He’s a giant, brutal-looking Thai man. But below that surface, he’s a humble person who only does the things he does because of the circumstances he found himself in. Don’t judge by appearances!

Tekken 7 has some of the most memorable characters in fighting games, and the DLC fighters are no exception. We hope to see many more exciting fighters in the future, as devs said that they’d love to work on Tekken 7 more.