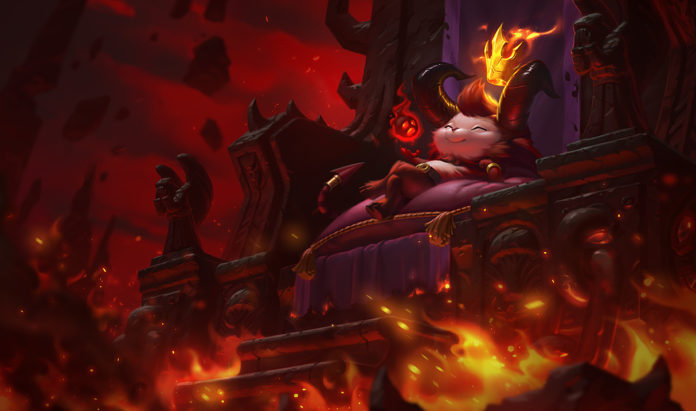 Teemo’s one of the champions that everybody hates on League – so, we’ve prepared an article about the best teemo build for S9 : The Ninja Assasin Speedster Teemo.
Not because of his unfair passive of hiding or because of the fact that it can counter any ADC with his Q or because he can hunt and kill you better than an assassin or because .. in fact – yep. These are the reasons. So, we’ve prepared  the best Teemo build to destroy your opponents.
Teemo has long had a love-hate relationship with League. His reliable harass both in lane, and around the map with his mushrooms, makes him strong and annoying. Teemo is also an excellent kiting champion, with his movement speed and ability to nullify enemy auto attacks with his Q. Teemo is not played on most League of Legends tournaments either because its banned or because the team needs another character to counter-pick.
That same kiting ability can make him good at running people down as well, all while  Teemo’s damage over time with his E can be brutal, especially against squishy champions who don’t have a lot of health to sacrifice. Let’s look at a build that can make Teemo even scarier than he already is. 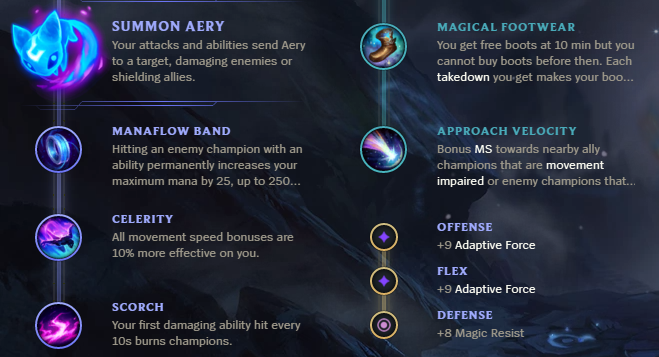 Teemo’s runes are pretty flexible, but he most often runs Summon Aery as his keystone. Teemo’s E poison last for 4 seconds, meaning aery can proc multiple times depending on how close you are to the enemy.
Celerity is a very strong pick up for teemo, since it synergizes very well with his W, and will also give him permanent bonuses to movement speed from Magical Footwear. This combo gives him 409 movement speed with level 1 W passive.
Scorch and Manaflow Band are mainly for early game sustain and lane harass, but can be good later, since they’ll allow you to base less. Now you may be wondering, “why pick Approach Velocity,” and that’s something we’ll get to later.

Teemo’s items are equally flexible, but we’re going to focus on powering up his damage over time and kiting/run down potential. As a given, we’re going to say that Teemo builds Sorcerer’s Shoes.

Nashor’s Tooth – Nashor’s provides Teemo with attack speed and ability power. The AS lets him keep his E applied more reliably, and the AP does double duty on both the item passive, and for Teemo’s abilities.
Rylai’s Crystal Scepter – Here’s where approach velocity comes in. Rylai’s allows Teemo’s Q to slow enemies.This turns on approach velocity, and giving Teemo even more movement speed to catch his target if they try to run. The health gives Teemo more survivability, and the AP once again is double value.
Liandry’s Torment – Liandry’s is an excellent item, since its passive torment can be activated at the same time as the slow from Rylai’s. Additionally, the slow from Rylai’s boosts the burn damage of  torment to 2.5% of the enemy’s maximum health.

Hextech GLP-800 – Colloquially known as “the super soaker,” GLP can be a very good item for Teemo in a team-fighting build. When paired with Runaan’s Hurricane, the damage potential when factoring in Liandry’s Torment is astronomical.
Needlessly Large Rod – This item can be great against anyone who has built large amounts of magic resistance, and the AP is valuable in several areas of your build.
Rabadon’s Deathcap – If more AP is what you need, look no further.
Zhonya’s Hourglass/Banshee’s Veil – Both of these are great defensive options, depending on the main threats on the enemy team. They each also provide AP and CDR, which means more damage. The CDR also means more mushrooms out on the map.
Morellonomicon – If they enemy champions have lots of healing in their kits, the grevious wounds from Cursed Strike can negate a lot of the healing potential. The magic penetration, when paired with Sorcerer’s Shoes, can also help keep you damage relevant against other carries.
And there you go, the speedster, ninja assassin Teemo build you’ve always wanted.