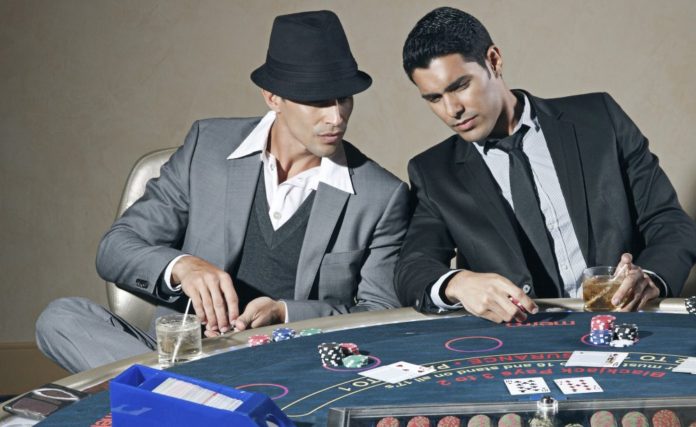 Millions of players from all over the world are visiting websites like alljackpotscasino.com on a daily basis. The majority of these players spend a certain – usually pretty small – amount on playing the games at the All Jackpots and its likes. Some of them win, some of them don’t… and there are those select few that strike it rich by winning one of the All Jackpots’ generous jackpots. Many people – especially those who are not familiar with the whole online gambling phenomenon – are thinking of online casinos as a monetary sinkhole, absorbing all the money of the players and not giving anything back. Others, especially beginners, think of casinos as a way to make some extra money. Neither of these groups is right, of course – both of them look at online casinos the wrong way.

Gambling was, for a long time, considered a recreational activity made “more interesting” by a wager placed on its outcome. King Richard I, aka Richard the Lionheart, was known for his habit of playing dice games after battles to relax, and other famous historical figures were also known for their habit to try their luck quite often. Organized gambling in the form we know it today appeared during the 19th century. The name “casino” itself originates in Italy and was used to describe a small country villa, summerhouse, or social club – a place where pleasurable activities like dancing, music, sports, and gambling took place. These “casinos” were, as you might expect, attended mostly by the members of higher social classes. Later, the focus shifted from other forms of entertainment toward games of chance.

The first documented European casino, Il Ridotto, was not even called a casino at all. It was opened by the Great Council of Venice in 1638 to control gambling during the festival season. Gambling was widespread in America, too, during the 19th century, especially in the West. After a period of prohibition, it was legalized in Nevada in 1931, helping cities like Reno and Las Vegas thrive on gambling.

As you can see, gambling was always considered to be a form of entertainment – even though some always thought of it as a way to become rich. But they hardly ever succeeded.

Over the years, the entertaining nature of casino games has become far more obvious. Today, casinos – both online and in real life – are filled with video games, especially slot machines, with different themes, ranging from movies and TV shows to video game characters, jobs, cars, motorcycles, animals, and whatever else you can think of. Online casinos have taken this one step further, offering an even more diverse and entertaining selection of online games. Unlike land-based casinos, online venues offer their players the possibility to play their games free, and social casinos also give them the chance to play completely free.

Online casinos, and land-based ones, too, are first and foremost entertainment venues – and you should look at them this way. They may give players the chance to win money – but that isn’t their main destination, and it shouldn’t be considered to be.