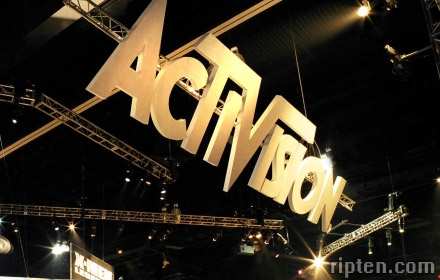 Activision publishing CEO Eric Hirshberg, in an interview with CVG, has responded to claims saying that Activision only relies on first-person shooters. Hitshberg believes the company’s portfolio is diversified and varied. He used the Skylanders series as an example of a new IP Activision took a risk with. Of course Skylanders has brought in over 1.5 billion dollars in revenue for the company, so that small risk paid off.

Hirshberg goes on saying: “I feel like people breeze past that when they ask me about diversity. I don’t know anyone that’s taken a bigger bet on a less proven franchise based on their gut-instinct than we did with Skylanders.”

He also believes that Activision is taking a risk with Destiny, Bungie’s upcoming sci-fi shooter. Hirshberg claimed that while Destiny is a first-person shooter, the game diversifies it’s genre enough to be something completely different.

Hirshberg says: “It’s a shared-world shooter, bringing elements of the MMO into shooters, which is incredibly exciting. We’ve shown a consistent willingness to take risks, and a consistent ability to take the right bets.”

Hirshberg also went on defending and describing Activision’s policies as a gaming company: “I think there is a false narrative that all Activision wants to do is put out a Call of Duty every year, when in fact we’ve shown some real innovation and appetite for risk. I think that publishers which have wider and ‘more diverse’ slates are far less risky than us, are far less creative. Just because you have a game in every genre does not mean you’re creative. So, what we do is certainly a strategy that’s not for everyone, and it’s not the only way to make good business. But it works for us. It’s something that pre-dates me, it’s something Activision has done for many years.”

It’s hard to argue with the man, as Call of Duty and Skylanders have brought immense commercial success for Activision. But considering Activision as a risk taker is a bit of an overstatement from the CEO. Considering the company hasn’t ventured off into uncharted territory enough to be heralded with a title like that.

Nevertheless Call of Duty is set for a November 5 release date. The game will ship for the Xbox 360, PS3 and Wii U, and will be available at launch for the PS4 and Xbox One.