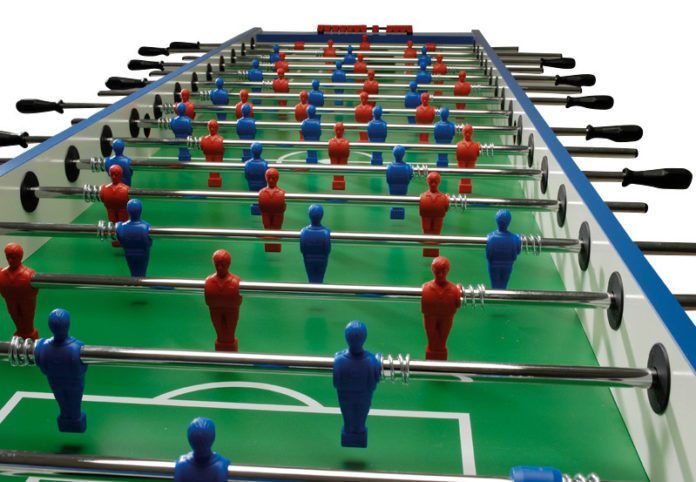 The new decade has barely begun, and already we are seeing signs of a gaming renaissance for a number of classic old games that you may remember from your childhood if you are old enough.

It is hard to say why so many retro classics are making a return to homes all over the world, but social media may have something to do with it. Every night people are uploading footage to Facebook, Instagram and Snapchat of them playing games with friends and having fun, often with a chic retro classic board game or an old school activity like playing pool.

Here we are going to look at ten of the most popular retro pursuits that are making a comeback this year, so you can stay ahead of the trend and have a lot of fun with your friends while you do it.

Board Games are No Longer Boring

Board games were a popular choice and regular pastime for decades in the late 20th century, but since the advent of the internet and video games, they have struggled to find regular use in homes across the world.

Recently, some of the board game classics like Monopoly, Guess Who, and Clue have become popular again, often thanks to modern updates to the old classic that make them feel fresh again. Modern versions of Monopoly, for instance, use plastic cards instead of paper cash.

Card Games are Also Coming Back

It is fair to say that regular playing cards have never truly fallen out of favor, with millions of people playing poker, hearts, or spades regularly in homes across the country. Other card games are also becoming more popular, however.

‘Cards against Humanity’ become a huge craze amongst young adults, and other games have sprung up to try and get in on the action, like ‘What Do You Meme?’. It is becoming more and more common now for people to get together and put their phones down to play a card game like this together, and long may it continue.

Pool has seen a surge in popularity in the last few years, and pool halls and tables have started to appear on main streets and strip malls across the country.

One of the places you are likely to find a pool table these days is in dorm rooms and fraternity houses, as more and more young people discover the game for themselves and develop their skills. Pool nights are becoming a more regular event on people’s social calendars, and you should probably pick up a cue too, and hone your skills.

Retro Video Games are Back to Stay

You must have noticed the explosion in popularity of retro video games over the last year or so. Whether it is running old school emulators on a Raspberry Pi, or using the official remakes of classic consoles like Nintendo’s SNES-Mini, or Sega’s Mini-Genesis, you have probably been playing a few retro classics lately.

Classic video games are here to stay, and most consumers are eagerly awaiting a device that will let them play all their favorites from in one place. However, thanks to licensing and branding issues, they will have a long wait.

The Future is Foosball

Foosball has become one of the most popular games around over the last year or two, and foosball tables have been finding their way into homes and dorm rooms all over the world.

If you are looking for the best foosball table, then you should have a look at some reviews online, like this one at foosballtablereviews.com. You will find a great breakdown of your options at Foosball Table Reviews, with tables reviewed to suit every budget by experts in the field.

Darts is One of the Fastest Growing Sports

A dartboard and darts are a simple and easy addition to make to just about any space. This sport’s popularity has swelled over the last decade and now has a large international following.

There are lots of different games you can play with darts, rather than the traditional method of playing. Alternative dart games like ‘Killer’ and ‘Round-the-clock’ let multiple people play at once, rather than a simple one-on-one game where players race to score a set number of points. This has helped make the sport even more popular with groups of friends.

Table-Top Strategy Gaming is Not Just for The Geeks Anymore

It could also be the result of the popularity of the Lord of the Rings movies, but now more people than ever before are regularly playing games like ‘Warhammer’, where players build armies to battle against each other in a fictional world. Dungeons & Dragons has also seen a resurgence in popularity, possibly after featuring in the Netflix series ‘Stranger Things’.

The Return of Slot Car Racing is Upon Us

In the last couple of years, the manufacturers of slot cars and slot car racing tracks have been searching for ways to incorporate modern technology into this classic game.

Though the cars have stayed pretty much the same, except for the addition of modern led lights on some models, the tracks themselves can now pair with smartphone apps or track specific devices to provide the kind of timing data and telemetry you would find in modern, full-scale motorsport. People have begun to take their racing and race tracks very seriously, sometimes going to great lengths to recreate existing race venues.

Soon it may be impossible to avoid having to sing a song to your friends when you all get together. Karaoke is making a return, often through simple smartphone apps and Bluetooth speakers.

You could be forgiven for thinking that Karaoke isn’t much of a game, but if you have spent some time singing your favorite tunes with friends, then you know the night will have winners and losers. Dedicated Karaoke devices are already hitting the market, but with a simple YouTube search, you can get access to the videos and lyrics you need to get your party started.

Virtual Reality – An Old Idea Made New with The Latest Tech

It might not quite be an old classic, but the promise of Virtual Reality’s potential has been around for a long, long time; and finally, the technology has arrived.

Funnily enough, many people are meeting up in virtual spaces to play virtual versions of some of the games we’ve been talking about like cards and board games, but also so much more. One of the big advantages Virtual Reality has is that people can meet up, socialize and play games without having to travel in the real world. In the coming years, expect more of your social time to happen in a virtual living room, while you are in the comfort of your own.

Some of the old ones are the best, the saying goes, and with some of these games, it is hard to disagree. Hopefully, this list has pointed you towards some of your classic favorites, and you can dust off some old board games or get their latest versions and start having fun with your friends yourself. 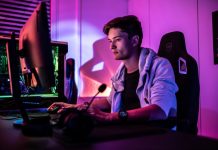