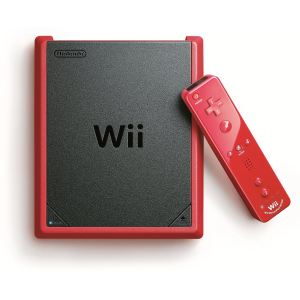 Nintendo has announced that the Wii Mini will be available for purchase in the U.S this month. The much smaller version of the original Wii is currently available in Canada and Europe as well. Nintendo will ship the system in a bundle priced at $99. The bundle contains a red colored redesigned Wii alongside a copy of Mario Cart Wii, and a red controller and Nunchunk.

The Wii Mini lacks WiFi support and lacks backwards compatibility with the Gamecube, but it can still play over 1,300 games available on the original Wii. The original Wii has become one of the highest selling consoles of all time, with over 100 million units sold since its launch back in 2006. Mario Kart Wii has sold over 34 million copies worldwide since it made its debut back in 2008, which makes it the most popular non-bundled game of all time.

Wii’s incredible financial success is a great contrast between what its successor, the Wii U, has been able to accomplish since its release last year. The console is struggling with sales, selling only 3.91 million units worldwide since November 2012; which is far below Nintendo’s expectations.

The system has picked up some steam however and there are currently two bundles available for purchase, The Wind Waker HD Bundle and the newly announced New Super Mario Bros. U bundle. Both are priced at $299.99.