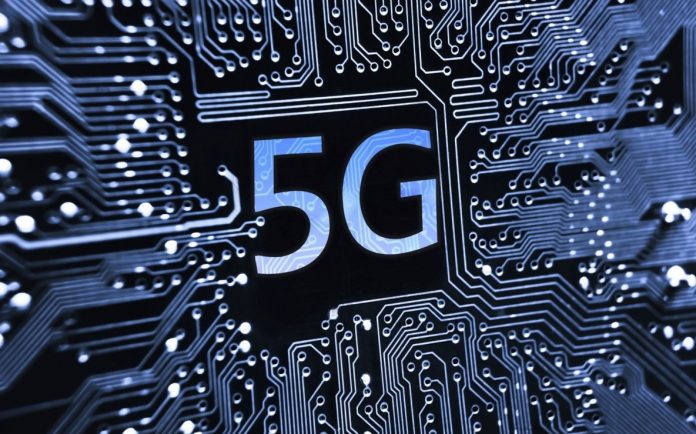 Smartphones and devices have dominated the market for years. Marketing research from GMSA has shown that there are more cellphones available then there are people in the world. Apps and gaming have become somewhat tied to each other. True, we have the game consoles, but for many the Smartphones and tablets have taken the lead. As such, the mobile industry has continuously developed its networking speeds. In 2008 4G networking really started to take off. For many this was a huge step in advancing gaming capabilities on devices. Now, networks are beginning to spread the buzz about 5G. This may get devote gamers wondering how the network will change the industry.

The 5G network has boasted that it will be able to stream gigs of information every second. This will potentially remove the ceiling cap for smartphones and devices to have hyper realistic graphics, character 3d models of high polygons, and would eliminate the need to buff content. Granted, the development software for these games may still limit the extent of the creation process, but as a whole the level of detail will grow substantially. Consider the differences in the games which were available on 2G and 3G networks as opposed to those which are available for the 4G network. The speeds greatly increased the level of complexity.

Glitches while streaming will be minimal

The 5G networking system is not based upon the same technology as 4G. There will be no stationary towers which you will need to be in close proximity to in order to play the online game, download the app, or stream content. Instead of the tower, there will be a number of smaller access points throughout a city. The BBC stated that small masts could even be used where buildings might typically block higher frequencies which would disrupt service. Glitches which are common in games which are streaming would be in most cases eliminated.

When the speed and the size capacities are enlarged, the size of the games available greatly increases. 10 years ago, a game which was 1gig was considered rather large. Now, it is common place. It would not surprise me if the 3d models and coding in 5G games shifts the industry to make more complex systems capable of handling multi-terabyte games. As of now, there may be a few games which have reached this peak for physical gaming devices, but there are no streaming or downloadable apps which have met this cap.

The domino effect will play to the network providers. Data plans for such large streaming capabilities are sure to be marketed to the gaming communities. While most people will be able to take advantage of the lightning fast download speeds, it is predictable that the storage transfer limits will be packaged nicely into “gaming” or “multimedia” service package options.

Android and IOS will change their regulations

Due to the level of detail and the size of the files which will be associated with new games for the 5G network, it is quite realistic to believe that the Android and IOS game platforms will undergo a substantial amount of reframing both in the actual framework of the coding as well as in their screening and acceptance policies. To avoid crashing the sites, Android and IOS will need to develop a mainframe to support games of a larger magnitude.

Let us think about the main reason that people buy a gaming console. First, they want to have the latest and greatest thing. Then there is the functionality factor. Great graphics and the ability to store one’s progress. If and when the 5G network makes gaming on the same level as the game console, then the physical product sales are undoubtedly going to suffer. Individuals will not wish to dish out the hundreds of dollars for gaming which can be streamed and stored in their smartphones and devices. Granted, there will be some fans which will purchase the consoles just to say that they have the newest model, but it will be unavoidable for the gaming industry to not see dips in sales. I do not see this as a permanent shift as the game companies will integrate their technology with 5G technologies, but at the start such should be expected.

Should game developers be concerned?

As of right now, game developers should not worry. The 5G network is not set to be in the mainstream until 2020 or so. Additionally, the networking hardware and software to do a full takeover of the gaming industry would take years from that release date. Where we can expect that the gaming industry will eventually shift over solely to the smartphone, tablet, and mobile devices, it is unrealistic to believe that such will be happening in the near future.