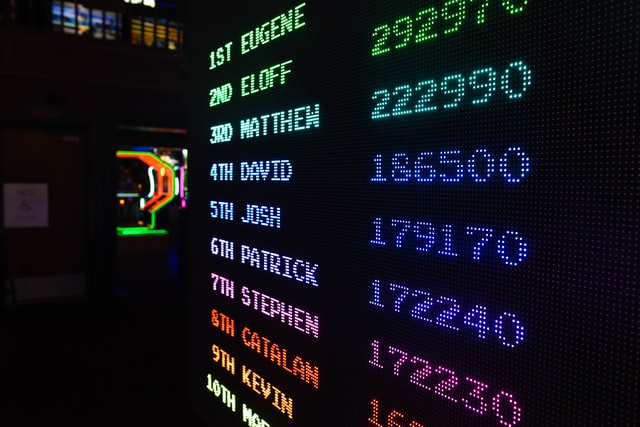 For anybody who has played Origin games, this post is for you, and for all those who haven’t yet experienced this game, try it out. Origin games are great to play and they have a unique feature called Origin Points. But many players who play Origin games have no clue what these Origin Points mean. We are here to solve this mystery.

For a long time now, Origin games have been a choice for many gamers. They have some really cool games that everybody enjoys. Origin has many popular games in the categories of racing, sports, RPGs, and many more. Games like Titanfall, The Sims, Battlefield, EA Sports FIFA are some of the popular Origin games.

If you are curious about Origin points you already know what Origin Games are. For those who don’t know, Origin is a game store similar to Steam. Steam is considered the biggest competition for Origin. The company Electronic Arts (EA) runs it for Macs and PCs. Origin primarily offers EA and few third-party games. They have a subscription service called Origin Access with which you can purchase games. Origin has more than 70 games for its users and the feature, Origin Points.

We are going to help you understand what Origin points are, what to do with them, how to get them, use them, and a lot more. Without further ado, let’s find out everything about Origin points.

Everything you need to know about the Origin Points

As mentioned earlier, we are going to tell you everything you need to know about the Origin Points. We know you have various questions regarding it, scroll down to get all the answers to your queries. Let’s start from the basics:

What Are Origin Points?

Origin points given in some of the games on Origin visually represent gamers’ ability to play well, their dedication, and their talent. When you get Origin points while playing, you can determine how much progress you’ve made and all the achievements you’ve earned.  You get these points easily when you play a game, are logged in to Origin for a long time, and when you unlock more achievements through your gameplay.

Can You Use Origin Points?

A simple answer is NO, you cannot use Origin points for anything really other than motivation. These were created just as a fun element to boost gameplay. You can only use it to measure your success while gaming. It allows you to see the achievements that you’ve spent time and dedication to earn. When you see your hard-earned achievements as points it will automatically motivate you to play more and achieve bigger goals. These points are nothing but progress and achievement trackers to keep you hooked on to the games you play on Origin.

Bioware points need to be bought to be able to redeem them online or in-game. Wondering what you can buy with Bioware points? You can download or buy characters, new adventures, armor, weapons, and much more.

What Should Origin Points Be?

It is an open secret that many players don’t like Origin points because of their sheer uselessness. Many gamers are curious to understand why it can’t be used for something meaningful. Many gamers and industry experts have suggested to EA that they allow the Origin points to be transferred for cosmetic items in-game. Similar to Ubisoft, many gamers believe they deserve to be rewarded for Origin points as it indicates loyalty to Origin games.

What kind of rewards do players expect? They could start small like some items made available in-game or as your points increase and you have a bank of thousands of points, maybe offer games at a discounted price or even a month of free Origin Access. If EA works on giving rewards with Origin points it could work well for Origin in terms of gamers purchasing Origin games and Origin making a profit. A small token of appreciation can go a long way, small discounts or rewards also encourage players to keep coming back to games that appreciate them for their loyalty.

How to use Origin Points?

Origin points are not a currency in any form to make any in-game purchases. It is just to see how well you’ve played a game or many games. You can use these points only to flaunt your progress and achievements earned throughout the games. There is no real use of Origin points other than the feel-good factor it has. It is used more like a psychological treatment to change your behavior and keep you engaged with the games and spend more time on Origin. This will work well for making a profit when players purchase more games.

What do you spend Origin Points on?

Can you do anything with Origin Points?

Clearly, you cannot do anything with Origin points. Neither can you transfer it or redeem it for any good in the game. It would’ve been great if you could do something with it but there is no clarification from EA to date about what you can do with Origin points or why they are featured with some games. Many have suggested EA let them use Origin points for rewards and discounts.

How do I redeem Origin Points?

You cannot redeem Origin points for anything in exchange. Origin points are not redeemable like Bioware points that you can use to purchase various things in-game. Origin points only work as a visual representation of how much time you’ve invested on the platform and what achievements you’ve earned while playing Origin games.

You cannot redeem it for any other benefits like discounts, buying in-game items, and more.

What gamers say about Origin Points?

Many gamers and ardent fans of Origin games have said they would really appreciate it if Origin points could be used in a real way. They have made suggestions regarding using Origin points for getting cosmetic items in-game.

Other gamers believe and suggest that their Origin points display their loyalty towards the platform and deserve to be rewarded in any way possible. Many have compared Origin points to that with Ubisoft’s points on the Ubisoft platform which are used by players to get discounts and in-game rewards. A few players have also suggested that once you have 5000 Origin points, one month of Origin Access should be made available free of cost for its users.

Even though Origin games are fun to play, features like Origin points that come along certain Origin games have long been a mystery for many players. We tried to solve this mystery and by now you know Origin points are really just a psychological tool to keep you busy with the games. It is nothing more than a way to see your progress and achievements visually.

Origin points work as a feel-good factor for players who like to boast about their achievements. But there is no real value of Origin points as they cannot be redeemed for anything in exchange, no rewards, discounts, or special items in-game. Origin points are only visual statistics for encouraging players to spend more time on the Origin platform and making more purchases along the way.