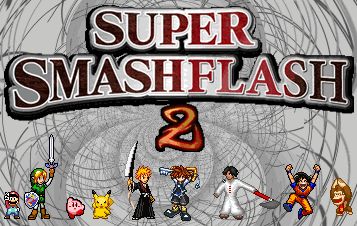 Back in 2009 a list of the 35 coolest and free flash games out there were posted. Among the 35, Super Smash Flash was number six and deserves its position because it is a creative and well made flash game considering the content, variety of characters, and gameplay. So why not make a sequel? Seems pretty obvious that it was on it’s way.

Super Smash Flash 2, released in 2011, is a complete upgrade to Super Smash Flash. The controls are mainly the same but the graphics and sounds are of higher quality. Sadly, there are fewer characters in the sequel than in the first game. In lieu of dwelling on the lack of characters, concentrate on the awesome stages, optimized powers, and special moves that have been added. Enjoy!