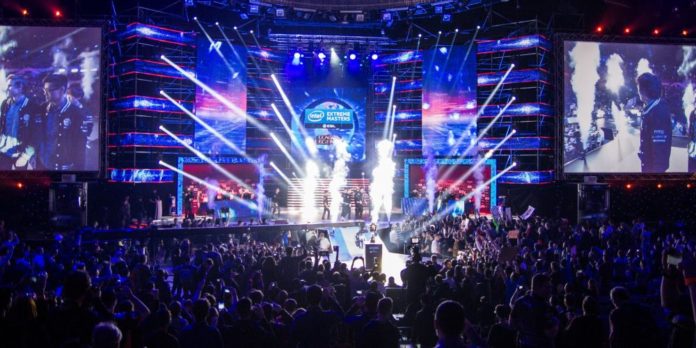 Sports are famous all over the world. It is no wonder why eSports ended up as the number one pass time amongst millions of people. The eSports industry makes billions of dollars a year. People take eSports as important then they take traditional performed sports. A league called National Association of Collegiate Esports for professional gamers exist. They also have draft picks like the real NFL or NBA players. Sports and eSports are different. A competitive played tournament by professional video gamers is eSports. A person who plays a physical game with skilled talent is sports. Traditional sports are on cable or regular TV shows. The way you view a set of eSports is from the internet. You can go to Twitch, YouTube, Facebook, ESPN and BBC on the world wide web to see eSport games. The most popular eSports watched and played are:

· Heroes of the Storm

I am surprised that within this list NFL League Pass and NBA 2K are not among the top ten. How can you say what should be the top ten most played or watched eSports games? I hardly ever play video games. That said, people like to bet on eSports games as much as they play and watch them. One eSport game can make millions of dollars in a day. Everyone wants to be a winner. The revenue for internet gaming has grown over the years. People want to play more than the game itself. Betting on eSports is now a business for casinos. It is also individual people who are starting businesses for betting on eSports. Bets came into play when a change to the Personal Computer version changed to skins. When the PC version changed, players started skin betting. Skins let players change the appearance of different icons in the game. A gambling arena started overnight. For the players to bet, the players had to earn skins by playing games in the new PC version. A market for different skins began to grow. Gambling started to get more popular. The people who played figured out that they could make real money by selling skins. The rare appearances had a higher value. The eSport industry started to get more popular over time. Investors wanted to put more money into creating a business for eSports. More people began to make bets on games. Gambling rose at the tournaments.

Money Is On The Table

As eSports grew, watchers of eSports realize the amount of money they could make. In 2016, video gaming revenue rose to 463 million dollars in one year. The amount of cash esports will generate by 2020, is within the billions. Everyone wants to be apart of a growing video gaming market. Where there is money people will bet on a winner.

The Growing Popularity of eSports

The eSports industry is more popular than ever before. In the gaming world, eSports viewership growth is due to the World Championships. The growing popularity of eSports made betting more inviting. People who are avid players of video games could not resist betting on games they like to play. Anyone that is a fanatic over video games will watch the tournaments online. Viewers of eSports online Championships have become one of the highest watched. One eSport game generates millions of dollars and viewers. Who would not become enticed to bet on who is going to win between the video gaming teams?

Emotions play a role in why people bet on eSports. Betting on traditional games on TV is not as fun for some people. They do not like the feeling of not being able to connect with the real players. The person betting on the game wants to feel like they have the same ability to win at their favorite sport. Betting on the sport they like makes them feel super. The person playing can feel like they are real athletes. The better can get paid millions like the real NFL or NBA League players if they win.

The eSports Games Are Online

Making a bet on the internet is easy. People like the fact that the gaming commission cannot make heads or tales of who may win at eSports. An educated decision on who will win at the traditional games on TV is not difficult. Stats are always told in the middle of the game while the teams are playing. The real issue is that it is more predictable to bet on actual sports over eSports.

The amount of options you have to bet on with eSports is enormous. Each year New eSport games come online to play. It is already thousands of video games online to bet. Companies are creating new games all the time. Bookies have so many possibilities to choose from for players and players to bet. Now that eSports is popular people have no end to the bets they can make.

Placing a bet on eSports is easy. Now that eSports are popular there are websites on the internet that allow anybody to bet on various teams. Betting on eSports is fun for anyone who loves sports and playing video games all at the same time. The video gaming industry is not getting smaller. Look at the new technologies on smartphones. Anyone can play all the eSports games they want from an app on their phone. Online video gaming is not going anywhere no time soon. The eSport gaming world is a big business today. New investors are looking for eSport gaming websites to market. Making a bet on a video game online for real money is appealing for anyone. If you like to play video games or not having the ability to make a bet online for real money is incredible.