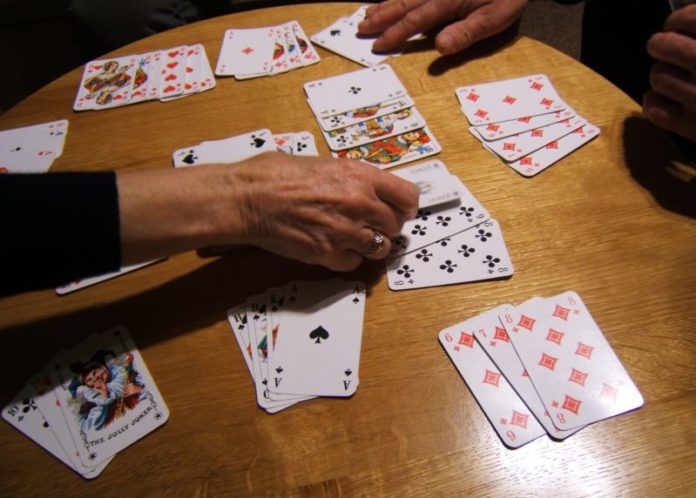 We all love the feeling of earning something while playing a game. Let that be points when we hit a jackpot, or some gems to build a new house in a building game. But did you know that games provided much more than just hearts and diamonds? Real cash!

What’s the first game that comes to your mind when you think about earning real cash? I think about Rummy games. But Rummy might not be for all. Where some pros acquire mastery in playing Rummy, the rules and knowledge needed can be overwhelming for some of us.

Other games like Fantasy sports are a far easy choice if you want to indulge in exciting games that make you win cash. There are plenty of Fantasy games in India, and over 70 million users who play them.

Remember the time when you screamed so loud when your favorite cricketer hit a sixer on the game field, and your mom, in a slightly scornful tone, commented ‘Could you yell louder?’? There are chances you would yell much louder if you play a fantasy game when the match is on. Just preparing you beforehand.

What are Fantasy Games?

Fantasy games make an actual difference to your lives by how your favorite sport players play on the field. While watching your favorite Cricket match you can do much much more than just glaring at the screen in awe if you have a fantasy game account. The score that you see on screen can convert in real cash for you.

Here’s how it works.

Your fantasy game account is connected directly to how the players play the game. You get points for every run that is made, or every goal that happens. There are a range of fantasy games in Cricket, Baseball, Basketball, Football, Kabbadi and more that you can play.

But how do you actually make money? Well, you create a team in your app by choosing the players who are on the field. As they play the match LIVE, you earn the rewards, gifts and even cash in your mobile app. Here’s a simple guide to getting started with almost any Fantasy Game.

Now, let’s dive deeper into separate games and see how they work, and also possibly decide which one is a good choice for you.

As reported by Telangana Today, Dream11 is the leader in the Fantasy game in India with 90% of the total market share, out of which 85% play Fantasy Cricket. As a new user, you will get 100 credits that will be help you pick your first team. Users can have an enjoyable time playing free contests or can enter paid games to win cash. If you are looking to start playing paid games, check out online deals on Dream11 for extra savings. These deals will help you with exciting benefits on Fantasy Cricket and can be applied to your Dream11 account with a simple click.

Dream11 is the official Fantasy partner of International Council of Cricket (ICC) and Hero Caribbean Premier League (CPL). Lovers of Basketball, Baseball and Football can also root on Dream11 for a great fantasy experience.

Gamezy is a product of Gameskraft, a Bangalore based company and is the biggest game that came from the house. It has seen huge popularity and user base in a short period of time. The game that started in 2017 has now 5L active users in the country. You can create a stunning team with Gamezy by using the cash award that you get when you sign up or by adding money into your account. The Gamezy app helps you see the record of the players for over the last few matches and that will help you decide the best players for your team.

The points that you earn are calculated depending on whether the match is an ODI, Test, T20 or a T10. Captains and vice captains give 2 and 1.5 times the number of points acquired. So, choose a team that you can count on, and start playing the game.

As per Topend Sports, Football is the top most sport in the world with 3.5 billion fans. This makes Football Fantasy League one of the most loved fantasy leagues among all sports. To add to it, Fantasy Sports & Gaming Association says 80% of people who play fantasy sports play Football fantasy. In India Football fans have risen due to the Indian Super League (ISL).

Game of Gurus is a new app in this area but provides all the tools you need for an exciting Football Fantasy game. Users can choose gold keeper, midfielders, strikers and defenders to form the team of 11 players. But they should keep in mind that Red/Yellow card fouls that are committed, and the awarded penalties are taken into consideration while calculating the points.

Now that you know how fantasy games work, let’s discuss another giant in the league. MyTeam11 was started in 2016 by a B.Tech graduate who had a passion for sports. With the passing years, MyTeam11 became partners and sponsors of many leagues in and outside of India. With the ever growing profile, the game also has over 15 Million users. At MyTeam11, you can join leagues with multiple teams. The more players you enter a league with, the better would be your chances of winning. As soon as your game is over, you can find your earnings in your account section. These winnings can be used for selecting team players for other leagues, can be stored, or withdrawn into a bank account.

It’s been forever since we’ve chanted our Kabaddi chorus. That opportunity is back with Cricket Country’s Kabaddi Fantasy league. You get to play India’s favorite galli game with your friends online and win money while you chant ‘Kabbadi Kabbadi Kabbadi’ behind your mobile screens. Apart from joining already existing leagues and matches, expert level players can also create their own leagues and be the boss of their own rules. Play the game with pals and relive the old memories with a twist of digitization.

On one hand where fantasy games are so addictive, they’re also rewarding. They can consume a lot of your time, but it can’t be denied that they’re really enjoyable (after all it’s better utilization of the time you might anyway spend watching sports). Although you need to put in some money at some point in playing the game, it promises rewards at many levels that you could benefit from. But all of this being said, Fantasy games are clearly a popular reality of today with everybody from the age of 18 to 50 playing, winning and having a great time.

Fantasy Tip: Start small by playing free contests first, and then gradually progress into trying out the bigger deals.

So, are you excited to play one soon? Go ahead and explore a whole new world of fantasy sports if you haven’t already.

Aamer Hussain is a Content Specialist who’s served clients in over 15 fields including gaming, technology, IT and more. He loves alone time as that’s when he get to play his collection of games of 6 years. When he’s not playing, you’d mostly find him looking up terms like ‘Latest gaming chairs’ or What’s new in Nintendo’.