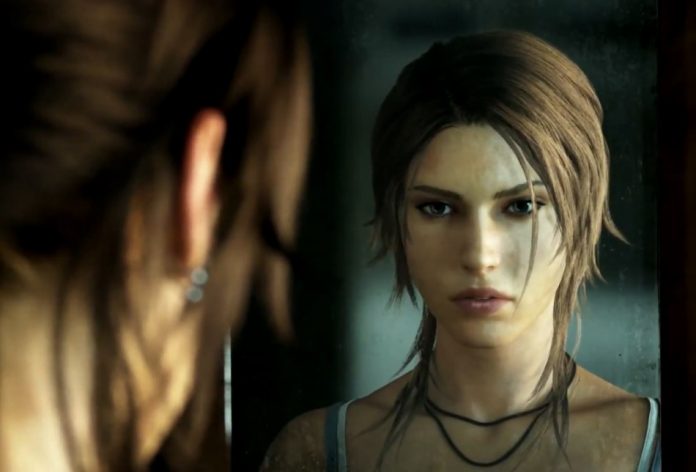 For those who indulged in Crystal Dynamics gorily great ‘Tomb raider‘ reboot (TR), you will be thrilled to know of Square Enix’s confirmation of a sequel for next generation consoles.

The initially, incredibly successful Tomb Raider reboot released earlier this year, was an emotionally thrilling, grisly prologue to the Tomb Raider series to date, selling well over 3 million copies. The story began as a rouge storm whipped up Lara Croft and the rest of the endurance crew in the midst of a bit of ‘TR-typical‘ myth chasing aboard the Endurance ship, resulting in their abandonment upon a strange island within the Dragon’s triangle (off the coast of Japan).  As the game pushes forwards, the islands secrets become evident to Lara and the crew as the curse upon the island is gradually unveiled. The game then becomes a fight for their lives as endurance crew try to escape the horror the entraps them.

The game was very clearly driven by it’s story that no doubt left many players of this masterpiece somewhat emotionally touched. I mean, I know for a fact I can speak on behalf of many when I say that this game had a couple of tear jerking moments in it – Roth’s death, Alex’s sacrifice. Lara’s forced character development from young and ambitious archeology graduate to survivor, as the Endurance crew failed to endure (pardon the pun) the islands evil is something many players alongside myself must have become emotionally intertwined with. Will the sequel also provide a story with the ability to devour the emotions of players to such an extent?

TR possessed an appeal to a variety of gaming audiences with it’s gripping story, gory and very interactive gameplay and a vast array of collectibles. Could this potentially be carried through to the sequel to maintain such an appeal to a broader game audience? I would definitely like to see readable collectables available in the sequel personally, especially if it has such a hard-hitting story line such as TR.

I also hope that such addictive gameplay such as the methods of modification and skill enhancement are maintained or even improved in the sequel. Including the hunting of animals would also be a very interactive and addictive trait to carried through into the next-gen sequel in my opinion, it really did aid in giving TR the sinister twist that differentiated it from the other Tomb Raider installments, and ultimately contributed to it’s success. What would all you other ‘Lara Croft-lovers‘ want to see in the sequel? Anything carried through? Or perhaps some completely new and diverse aspects?

Very little insight has been given regarding the sequel to come, but I do not doubt it will be something you keen gamers should keep looking into.

According to an official Square Enix blog, they are already sinking their game developing teeth into ”…development into next-generation Tomb Raider” and after the initial reboot, I believe we have a whole loada’ game heading our way. So, for those unfortunate gamers who have missed out on this phenomenal take on such a widely appreciated series of games, here is the official YouTube trailer and make sure you pick up a copy as soon as you can so you too can grit your teeth with sheer excitement for the upcoming sequel: