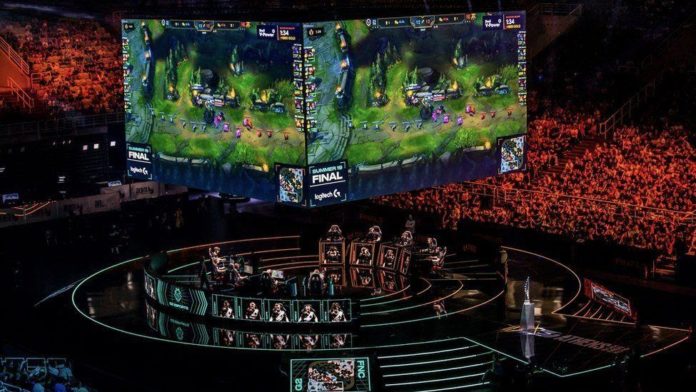 Who doesn’t love mobile apps? They are the comfort, the refuge we take when we are bored, and for those who prefer esports, a bit of an adrenaline rush. And the operative word is mobile, which means we can be anywhere, at any time, as long as our phone is charged we can have entertainment at our fingertips. It’s a glorious time to be alive and the apps just keep getting better due to the competitive nature of the esports developers hoping to win sizeable market share. Below is our list of the best mobile apps of the season. Let’s see if you agree!

This is an oldie but a goodie and while there are others that are more cutting edge, PUGB Mobile is where it’s at if you’re really good and you want to get paid for your expertise. More than $14 million in prize money is available through tournaments and there are now seven regions where you can get a share of what is rightfully yours. Many of the best online sportsbooks are dealing odds on PUGB Mobile tournaments in Arabia, Brazil, North America, Latin America, Turkey, Western Europe, and the Commonwealth of Independent States (CIS). But even if you’re just an average player, it is still one of the more addicting esports out there.

Activision Blizzard has cultivated an excellent mobile app to go with the pc and console version of the wildly popular COD series. It plays well on a mobile platform and although it might not be as thrilling on a mobile device as its more compelling conventional platforms, it is still one of the best mobile esports on the planet and an app that is a staple on androids and iOS.

Now available on android and iOS mobile platforms, Magic: The Gathering is one of those, under-the-radar, mobile apps that is beginning to catch fire. Although it doesn’t have the panache of the shooters nor the eye-catching graphics, it appeals to a cult following and those are the gamers who will relish the opportunity to play their game on the go.

Supercell’s Clash Royale is a perfect fit for those whose patience for a steep learning curve is limited. The graphics are clean and the variety of characters is plentiful enough to maintain interest in a game whose numbers have flattened out recently. However, the developer routinely adjusts the character’s hit points and other attributes correlating with the metrics they receive from their players based on how frequently, or infrequently, characters are used. Overall, it’s a solid game for recreational and professional gamers alike.

This is certainly not a new game but it remains one of the best games out there. And for esports professionals, Fortnite’s mobile platform doles out cash prizes equal to those on its pc format. That’s a big reason for the mobile pros to get involved with what has become an iconic game. There are several modes available and some come with a price, but overall, the mobile experience is almost, and I repeat almost, as good as the pc version. There are tiny little hiccups that you won’t experience on the pc version but they are few and far between. This is a must for esports enthusiasts.

This wildly popular multiplayer online battle arena (MOBA) game saw over 100 million daily users last year and that number is expected to grow. It is your typical 5v5 game and the endgame is to survive. It is very much like many in its genre but the mechanics are easy to understand and the graphics are outstanding. The only downside is that the matchmaking queue can be a bit hinky and pair you up with more bots than you’d expect. Otherwise, this one is worth the ride and will keep you coming back for more.

Certainly, there is a wide variety of stellar mobile esports games out there, not the least of which is League of Legends and Dota 2 to name but a few. Moreover, the catalog of notable mobile esports will continue to grow and the games will evolve, reaching unprecedented heights, as the global market is expanding and its appetite for mobile esports is insatiable.

Mike Schmidt, CEO of Alpha Esports Tech Inc. and a Forbes Councils Member, wrote, “As worldwide mobile penetration increases and e-gaming platforms become more user-friendly for casual participants, global growth will not abate. NewZoo estimates that 2.8 billion global gamers (paywall), more than 30% of the world’s population, will lift games market income overall to $189.3 billion, with markets such as China and Southeast Asia driving much of the revenue growth. A tangible example of this audience scale is the recent ONE Esports Singapore Dota 2 Major in which a single event saw more than 274 million video views with more than 1 million peak concurrent viewers watching the streams.”