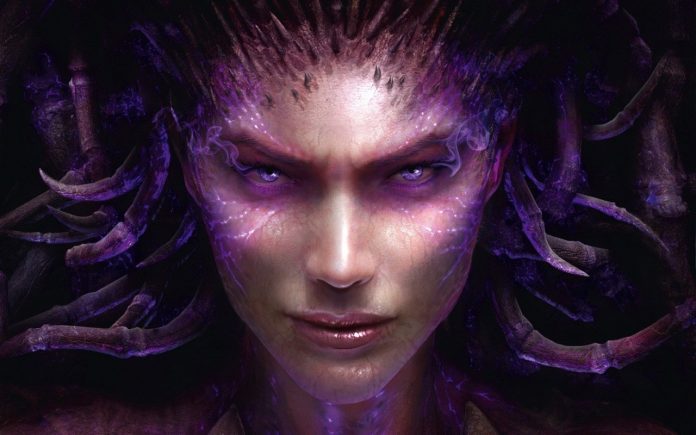 The first expansion for StarCraft II is about to be released, in March 13th, Heart of the Swarm will fully reveal the series’ development after the events of Wings of Liberty.  This gaming piece is the second part of a trilogy. Heart of the Swarm is exclusively dedicated to Sarah Kerrigan and the Zerg race, as Wings of Liberty focused on Human’s progress across the galaxy. The fate of main characters will be decided – Jim Raynor and Sarah Kerrigan are finally reunited but not for long, as former enemies both will need to protect one another in order to preserve balance. There are many possible assumptions; however nothing is for sure yet. Will Kerrigan be able to survive her thirst for revenge? Will Jim Reynor keep helping Sarah, after realizing she is not the person he used to know? And the Void, will this pervasive faction take control of the Zerg?

In the last moments of Starcraft 2: Wings of Liberty, an ancient device disinfested Kerrigan, making her more human than zerg. Reynor protected the weakened Kerrigan, shooting his friend Tychus Findlay in the process, and brought her into safety and health care. In Heart of the Swarm, players learn that Kerrigan is at a top secret laboratory in Umojan and that Arcturus Mengsk insists in having her dead. Reynor doesn’t hesitate to take Kerrigan’s side, however her rage against Mengsk becomes much superior and realizes that the only way to accomplish her revenge resentment is by reuniting the swam again. She will then depart to Char and start a long journey into reconquering her lost title of Queen of the Blades.

Considering the official footage, it’s clear that Kerrigan will achieve her plan; she’ll reunify the zerg nests and create the ultimate swarm. Furthermore, she will use this massive army against Mengsk, what we don’t know is if she’ll ultimately exterminate the human race or even manage to kill the primary target in the process. Kerrigan’s fate is a mystery that can be easily foreseen as she plays a prophetic role in the series, it would simply kill the story if she perishes away. With Kerrigan gone, the Overmind would have no free will and subjugate to the Void. By mixing species, hybrids would be born this dark faction would exterminate humans, zergs and protoss’ all together. This could be a possible ending to the plot but I don’t think this is Blizzard’s plan.

Taking for granted that Kerrigan will live, another question ascends: where is Raynor’s place in Heart of the Swarm? I guess he mainly has a protective role, not only because he has feelings for Kerrigan but also because Zeratul has warned him about Sarah’s prominence in maintaining balance between species. His situation in the human domain should get worse though, he’ll be seen as a traitor – he saved and is still protecting a top enemy, making it much more difficult to fight Mengsk from the inside. But this is mostly an expansion for the Zerg, so I don’t expect to get many answers about Raynor’s future.

Lastly, Heart of the Swarm will ensure that Sarah is completely gone and that the Queen of the Blades is all what’s left of her. Even though, she will unleash hell upon human territories, she’ll be the only reason for racial continuity.