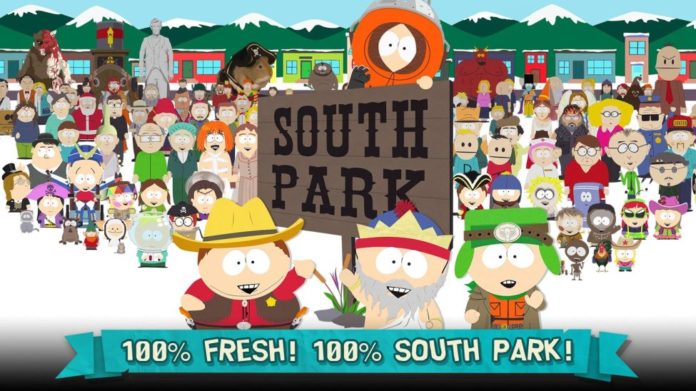 Many people frowned when they heard that the first South Park mobile game is going to be a free-to-play title. There will always be people who will swear by not playing anything but premium games because free to play ones come with “pay to win” mechanics and are loaded with ads.

So are these regular fun killers part of the South Park Phone Destroyer deal? And, what matters the most, is this a fun game to play or not? Read on to find out in our review!

I actually had no intentions of reviewing this game, being one of those people who frown when they see “free to play” next to a game’s title. Therefore, I didn’t go through the lengths of following the story – instead I skipped to the gameplay directly to see if I enjoy it.

Strangely, I found SPPD to be extremely addictive and, despite its free to play mechanics and microtransaction options, I found out it’s possible to play without spending any real life money. Which is always a nice surprise.

I am sure that the story itself is fun to watch for South Park fans – the small glimpses that I got from the single player campaigns showed jokes a la the TV series. However, it’s definitely not the type of game you play for its story, but rather it comes as an added bonus for those who want a laugh (or love the franchise more than I do). 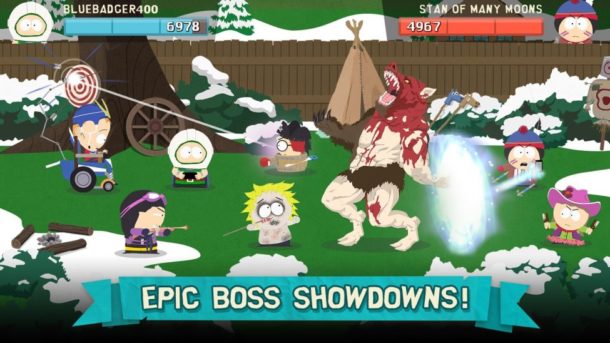 What matters the most is the gameplay. And fortunately, South Park: Phone Destroyer excels at this chapter.

The game mechanics have been done and tested before: with similar mechanics to Clash Royale and other strategy games, you have a deck of cards with various characters from the TV series that you send into battle using energy that is constantly generated, with a single goal in mind: that of reaching and defeating the enemy player.

Unlike other games, there’s just one “tower” (the kid controlling the units) and they have 3 health bars. Of course, they also have a deck of their own, sending units your way from all directions. So finding the best way to counter them and get the upper hand in the battle will always be part of the game.

So even though these are not completely original game mechanics, they work very well. Part of the reason why that happens is the fact that South Park: Phone Destroyer comes with some very balanced cards. I can’t really think about any card that doesn’t have at least one to counter it nicely, while the number of options for building your deck is solid without being discouraging for newcomers. 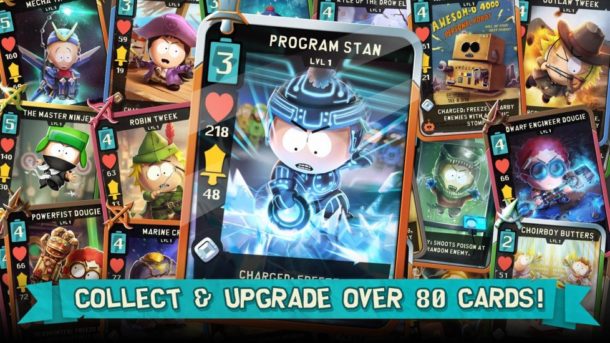 Of course, being a free to play game, it has its moments of frustration. Even though you’re not limited by energy when it comes to playing the game (which is always welcome!), you still have limits: you can only unlock new free card packs every 4 hours or pay in order to reset the time counter in the PvP mode.

This means that you can’t spend 24/7 playing the game. You will hit a wall eventually and you’ll have to wait in order to become competitive again. Actually, as our friends from Touch Tap Play warn in their tips and tricks article, it’s better to be patient and not rush up through the ranks because these come with even more potential card rewards, making it more difficult for you to get enough for upgrading the ones you have.

There are two game modes in SPPD: the classic single player campaign with missions that can be replayed on higher difficulty levels, but with better loot as well – and there’s a ton of missions divided into chapters; and the classic PvP mode where you climb up the ranks, facing better and better opponents as you do so.

The ranking system works pretty well so far in the game, although the servers don’t seem to be able to handle the influx of players and they constantly crash giving annoying connection errors and having people lose matches that they could otherwise win. This is the major Con of the game in my opinion, but fortunately something that’s extremely easy to fix.

From a visual point of view, South Park: Phone Destroyer looks really good. The characters look as if they’ve just been teleported from the TV series and there’s a lot of attention paid to details. If crude, gross humor is your thing, then this game will have a lot of it for you. Even better, even if you don’t really care about that, you can still appreciate the graphics and overall style of the game thanks to its flawless gameplay.

Conclusion
South Park: Phone Destroyer is the game that all free to play titles have something to learn from. It doesn’t send a swarm of video ads your way and doesn’t get insanely difficult after a while, forcing you to spend real money in order to remain competitive.

It looks good, it has balanced cards and awesome gameplay mechanics, combined with a ton of content for us to stay busy for months to come. A beautiful game and an extremely pleasant surprise. Give it a try!

South Park: Phone Destroyer is available as a free download on the App Store and the Play Store.