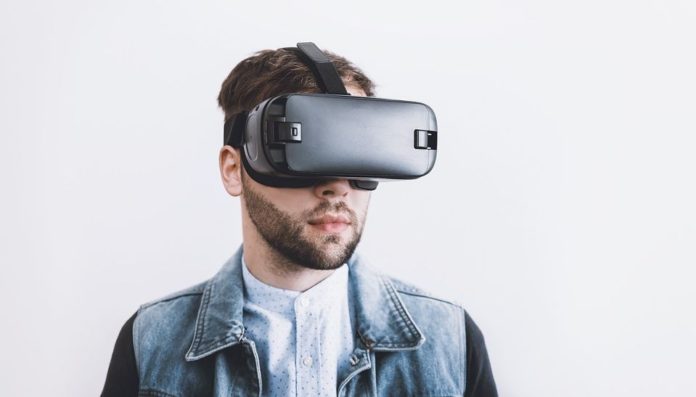 Also known as VR sickness this troublesome symptom of virtual reality play has caused many a gamer to take off their headsets and consign them to the furthest reaches of the highest shelves they can find. In fact, many disappointed gamers ended up selling their kits on than rather put up with the distressing symptoms VR sickness promotes.

Much like motion sickness VR sickness produces symptoms of disorientation, sweating, dizziness, sickness and in some cases actual vomiting along with a splitting headache and unfortunately these symptoms tend to become worse not better as the day wears on.
This sickness is caused by the brain telling us that we are moving forwards when the ears tell us we are actually sitting or standing still and it is this conflict that causes all of the distress.

But before taking a hammer to your headset there are a few tips that you can put into place. Firstly, remember that if you play for too long that you are far more likely to suffer with the symptoms of VR or cyber-sickness, so remember to take plenty of breaks and if you can manage if only play on your game for a few minutes at a time.

Only playing for a few minutes at a time when you first get your VR kit will be difficult as you will want to be fully immersed in your chosen world but try to reconsider this choice as it’s well worth only playing for a few minutes to build up your tolerance to the VR sickness, which will in effect ruin any time you spend online and most likely put you off trying again.

Whilst you are taking the breaks in-between using your VR headset you can could always play on some of your other favourite games which are not VR related and perhaps even find a new online gaming site. For instance, finding the best bingo sites to win on can be great fun as well as entertaining as online bingo sites offer great games with a unique chat feature where you can catch up with each other, make new friends and moan about the sickness that is caused by your virtual reality headset.

When you do go back to your headset be aware that the games you play can directly affect cyber-sickness as fast paced games with a lot of movement are more likely to promote the unwelcome symptoms.

Another tip is whilst you are inside your virtual world is to take a teleport when offered instead of locomotion. In this way you will cut out some of the movement within the game that cause the sickness.

Make your environment as friendly as possible as you can become very hot when playing within a VR world, having a fan about is also a good idea as it anchors your position as well as keeping you cool.

One of the oddest tips to combat VR sickness is remembering to breath correctly. We tend to to shallow breathe during exciting moments and this can lead to the brain being deprived of oxygen leading to VR sickness.

Although it is tempting to keep trying out your VR world building up your tolerance slowly really does help and when you are not in your VR world you will still have those fantastic video games to enjoy repeatedly.