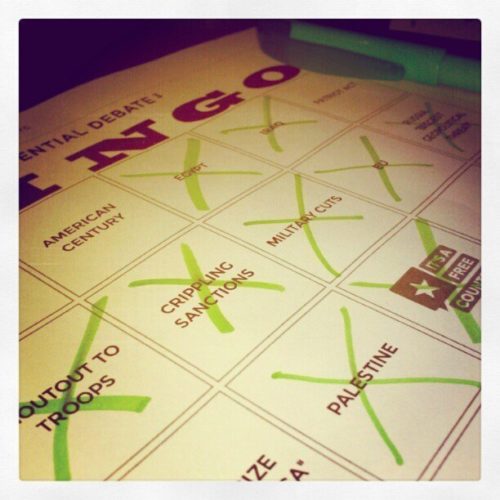 Most if not all casino games have already spread to online platforms. The goal is to bring the gambling and entertainment world closer to you in a convenient way. At the click of a button, you will be playing bingo from wherever you are. Whether you are an occasional player or a diehard enthusiast, there may be some facts that you do not know about the game. They say that the more experience you gain, the better you become at a certain activity. So, you should remain open to absorb new ideas, tricks and facts.

Since its introduction a couple of years ago, online bingo has already defined itself and gained significant popularity. The facts surrounding this game are common to websites that feature the game, although there might be small differences. To enlighten all bingo enthusiasts and those who are new to the game, we will look at the common facts about online bingo in detail.

Originally, this game was known as beano. But the name bingo came about accidentally. If you notice, people will always yell ”bingo” after winning a game. And this is what happened in America where the game got its name. Although the name was originally given to the offline version, the online version has retained the same name. If you thought that bingo was the original name, now you know where it came from. Do not forget to yell ”bingo” once you win.

2. One Bingo Game Takes an Average of Five Minutes

Something that makes the game interesting is the short duration it takes to play it. Each game will only last for about five minutes or a maximum of six minutes. Imagine the excitement that pumps through your body as you anxiously check each number that is called on your card. If you happen to win, this could be your luckiest five minutes. You have to be very careful to avoid missing any number that is called since this is what you could need to complete a winning sequence.

Factual reports indicate that over 90 percent of bingo enthusiasts have won a game or more. This is an amazing fact that motivates those who are interested in starting to play because it is an easy-to-win game. Although it relies on luck, the chances of winning still remain high. If you start today, it will not be long before you realize how easy it is to win.

4. Online Bingo Has Daubers Too

As mentioned earlier, the online version of bingo has numerous similarities to the old version of the game. Just as you will get colored daubers in a casino, they will also be part of the tools in an online platform. You can quickly learn how to use them with ease if you follow the instructions that are provided. The daubers may differ depending on the website, but the concept of use remains the same. They are important tools for marking the called numbers on your card.

5. Online Daubers Can Be Automated

Online bingo gets more interesting by the day. If you visit the Cheers Bingo website, you will realize this. Today, these sites offer the option of automating various functions. Auto daubers are available. All you need to do is sit back and watch how the session proceeds. The system already knows what is on your card and will mark it for you if the number is called. This setting is ideal to apply when you are tired, but the manual daubers still remain a fun part of the bingo game.

6. You Can Go Crazy If You Are Too Addicted

Whether you are an online player or a designer of online bingo games, the arithmetic involved is no joke. According to reports, Carl Leiffer, a mathematics elite at a major university, went insane while trying to come up with new bingo number sequences without repetition. Today, IT and app engineers are working around the clock to develop unique online bingo games. Experts now believe that an extreme addiction to bingo is not all that healthy for your brain.

When it was first introduced in America in the 1920s, the game became popular almost immediately. Fans would play thousands of games on a daily basis and would look forward to playing the following day. Likewise, online bingo received a big welcome from many fans all over the world. Hundreds of thousands of online bingo games have been played and are still being played every day.

After a hard day at work, you can indulge in free online bingo for fun. Yes, many people do this rather than paying for a chance to win the larger cash prizes that are promised on a daily basis. You can easily find free bingo games that give you cards for free and allow communities to meet and play online. The highest winner will be listed on top, and this is part of the fun.

9. Online Bingo Can Earn You Money

There are many websites that offer big rewards to the winners. Although you will buy the cards to participate, winning provides huge rewards. And yes, you can win even when you least expect it. As mentioned earlier, it is a fact that many people have already won, and you can be added to this number.

10. Online Bingo Is Here to Stay

Our last fact to discuss is that online bingo is here to stay. In fact, it may even replace the old manual version since people have embraced technology. Within a few years, it will be the preferred platform. For now, the number of people subscribing to different online bingo websites is growing quickly.

There you have it! These are some of the most popular facts about online bingo that you probably did not know. After reading and understanding them, you will now have an even better experience playing the game. Enjoy!