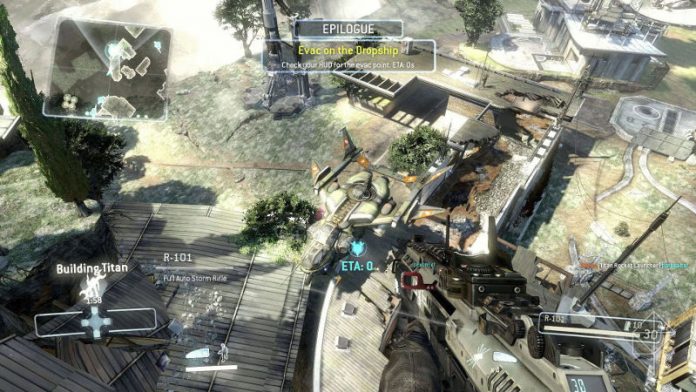 A new gameplay video has been released for the upcoming Titanfall.

It gives a glimpse into one of the new multiplayer missions, showing off more of the titan combat and movement system.

Titanfall is being worked on by many ex-Infinity Ward developers, and it certainly shows in much of the game’s combat and graphics, which have a certain CoD-like feel.

However, the movement system is entirely new, with a heavy focus on both freedom of movement and verticality.

Through judicious use of jetpacks and wallrunning, it looks like players will be able to rapidly reposition on the battlefield, allowing for more of a focus on flanking. In the video, the player was able to attack from unexpected angles by boosting through windows and across rooftops.

Also on display was some of the titan combat. Titans seem to act like kill streaks in the CoD game, becoming available as “drops,” as the player progresses through the game. Titan vs Titan combat seems to be a beefed up version of player combat, with both melee and shooting available as viable actions.